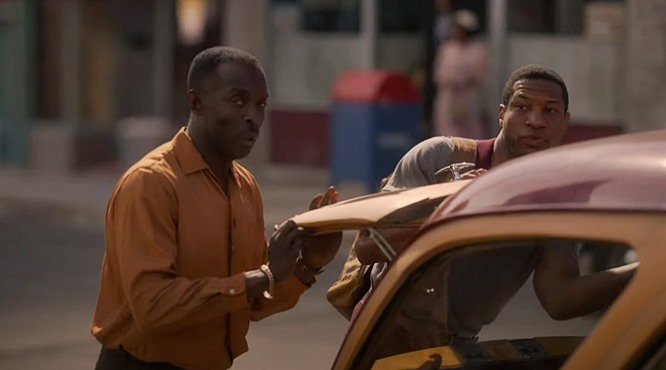 The track was heard as Christina removes Leti’s invulnerability, and continues playing as they all go back to Leti’s house.


Solange’s ‘Weary’ is from the singer’s third studio album A Seat at the Table.

Released in 2016 via Columbia Records and her own label Saint Records, Solange began writing the songs for the 21-track album in 2008, but it was eight more years before they were finally released.

When they were, many were also recorded in collaboration with another top artist — with artists like Kelly Rowland, Q-Tip, The-Dream, Lil Wayne and BJ the Chicago Kid working with her.

A Seat at the Table became Solange’s first #1 album. It also spawned a Grammy Award-winning single ‘Cranes in the Sky‘.

Solange, of course, is Solange Knowles — sister to Beyonce Knowles and a member of an extremely musical family. She got part of her adult start in the music business as a backup dancer for her sister’s then-group Destiny’s Child when a danger in the group suddenly left.

Solange also went on to release music herself with her own first song, the theme for TV series The Proud Family in 2001 , and with other later releases with her as backing singer for artists like Kelly Rowland and Lil Bow Wow.

By 2003, the singer was working on her debut studio album Solo Star, which hit the #23 spot on the Top R&B/Hip-Hop Albums on release. (article cont. below…)

Since then, Solange has released three more full-length albums, a compilation album, an EP and a large number of singles — some collabs with the likes of Kendrick Lamar, Lil Wayne and even one with her own sister.

You can listen to Solange’s ‘Weary‘ as featured on this week’s Lovecraft Country in the Spotify player  and video below.