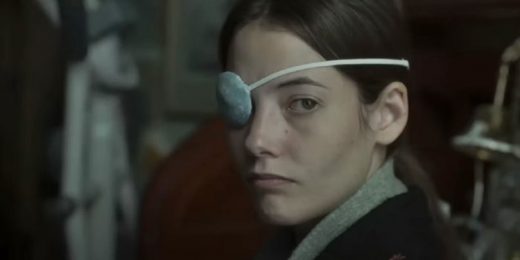 The mellow, upbeat song was released in 2019 as a non-album single, along with ‘With My Whole Heart‘. The double release did not chart.


And, if you think you have heard the song before, the short reprise version of the track was also licensed for play on the hit Netflix series Bridgerton.

Stevens himself is one of America’s most prolific indie artists.

He first began releasing music in 1999 and, since then, has recorded and released 12 albums, three compilation albums, a live album, two soundtrack albums, 13 EPs, two mixed tapes, 16 singles as lead artist, and a whole slew of promotional singles, music videos and guest appearances on other artists’ releases.

His music is also regularly featured on hit TV series.

Most of Sufjan Stevens releases are on his own record label Asthmatic Kitty Records.

The series is currently streaming on Netflix.

Listen to Sufjan Stevens’ ‘Love Yourself‘ as heard on The Girl in the Mirror in the video and on the Spotify player down below.