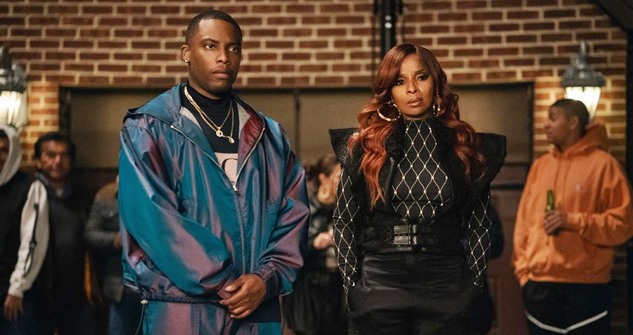 The song was heard as Cane is telling Dru to either join the team or be his enemy.

SuicideBoys’ ‘F**k Your Culture‘ is  a single from the duo’s latest album Stop Staring at the Shadows, which was released earlier in 2020 via the G*59 Records label.

The album charted in seven countries, including the U.S., where it made it to #30 on the Billboard 200 Albums chart.

It is one of an enormous number of releases SuicideBoys has recorded since the duo was founded in 2014 by cousins Ruby da Cherry and Scrim. (continue reading and listen to SuicideBoys ‘F**k Your Culture’ after the promo…)

Six years later, and the pair have two studio albums out, one compilation album, 35 EPs, eight mixtapes and more than 15 singles and a handful of other songs.  When it comes to prolific artists in the hip hop/rap world, SuicideBoys must be right up there at the top.

In addition, the duo has also been involved in collaborations with artists like Ghostemane, Chetta, Pouya, Getter, A$AP Rocky and Juicy J., and also rap under a huge number of alter egos themselves.

Listen to SuicideBoys ‘F**k Your Culture‘ in the duo’s lyric video for the song below, which f**ks culture properly by centering around a bank robbery, as well as on their recently released sophomore debut album Stop Staring at the Shadows.