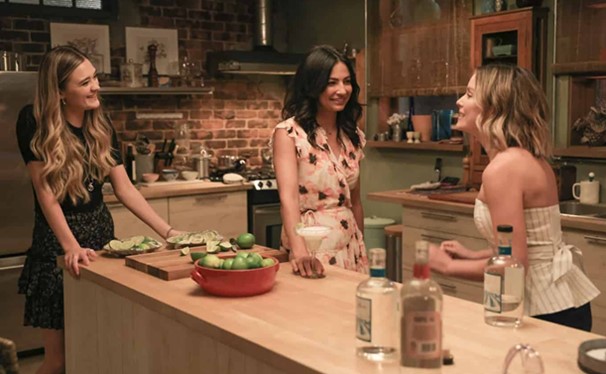 The song was played as Theo gets over his embarrassment, and tells Kiara he has a crush on her.

Surfaces’ ‘Wave of You‘ is the lead single from the band’s 20-track fourth studio album Pacifico, which was released in June, 2021 via the Caroline and TenThousand Projects record labels.

The song has a lovely summer feel to it.

Surfaces, by the way, comprises vocalists/guitarists Forrest Frank and Colin Padalecki. The band/duo was founded in 2017 in College Station, Texas, and released their first album at the end of that year.

Related: That gorgeous music that played on last night’s A Million Little Things was  Stéphane Blet’s ‘Gnossienne: No. 1, Lent‘

They had almost immediate success, with tens of millions of plays on Spotify of their first album, followed by a second album that spawned ‘Sunday Best‘ — a song that became a worldwide hit single after its massive use on TikTok.

Listen to one of their latest releases, Surfaces’ ‘Wave of You’ as played on A Million Little Things, on their latest album down below, as well as in the video.