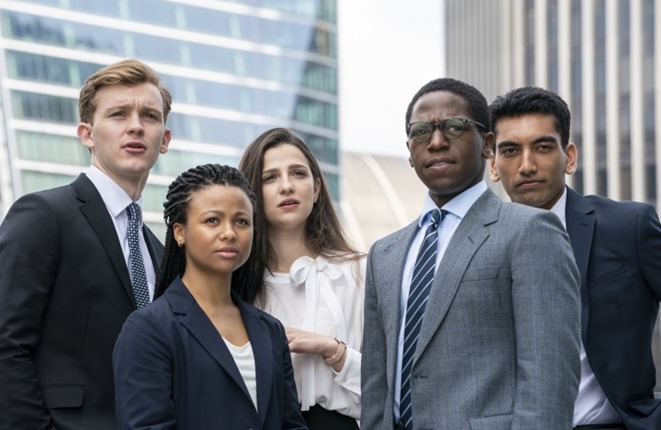 The first episode of the new HBO/BBC Two series Industry aired last week and, let’s just say, along with the interesting storyline and characters that, for the most part, are likable, the drama series also features some excellent music on its soundtrack.

Take American rapper and songwriter Swan Lingo’s ‘Can’t See Your Face Anymore‘ — a song that played on Industry, Season 1, Episode 1, “Induction” during the scene where Hari is working late in the Pierpoint offices because he believes “putting in face time” is important, even though Gus insists it’s not.


That song is from the Washington D.C. rapper’s 10-track debut studio album Wonder What, which was released in 2018 via the WeDidIt Records record label.

And, while the song is initially jarring and sounds almost as if the singer is slightly off-key, it is that almost but not quite sliding off notes that gives the song so much emotion and that makes it a perfect fit for that scene.

A scene in which Hari truly believes putting his physical and psychological health at risk just to be ‘noticed’ is more important than doing a good job. (article continues below…)

In other words, get your ear used to Swan Lingo’s sound and realize how much control he actually has over his voice and, man, it’s ridiculously addictive.

The rest of Swan Lingo’s album Wonder What is similarly powerful and, yes, he is a relatively unknown artist at the moment but, with superb work like this, he is not likely to remain that way for long.

Listen to Swan Lingo’s ‘Can’t See Your Face Anymore‘ as featured on Industry this week on both his debut album and in the song’s official music video below.

The first episode of Industry aired on HBO this week and on BBC Two in the UK.

And, while the series so far is predictable and more like a teen drama than a serious look at the world of investment banking, the caliber of music on its soundtrack more than makes up for what the drama lacks.