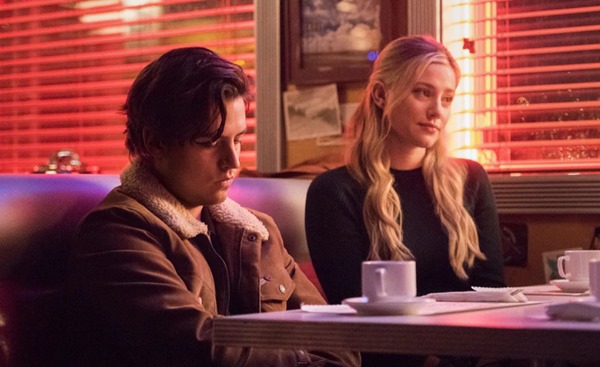 Hard rock singer songwriter Swan’s ‘Sweat Baby Sweat‘ was one of the tracks that showed up on the soundtrack of Riverdale last night — Riverdale, Season 5, Episode 5, “Chapter Eighty One: The Homecoming”.

The head-banging track was heard as Reggie is at the Andrews house looking for drugs.

It is one of a number of songs he had been working on in his home studio at the time, with Swan explaining the theme of this song is about life being a big party and you should enjoy it as much as you can.

He wrote the track after he was at a party one night, saw a beautiful woman dancing and noticed how much she was sweating and how much she didn’t care. And he loved that.

The song came with a black and white video that starts off with a woman stuck out in the middle of nowhere with her broken down car.

Along comes Swan on his bike, he picks her up and takes her off for a ride. The pair then board a small plane, which takes off into the skies until, as the plane reaches a fair height, Swan then dons his skydiving gear and jumps.

Listen to Tomar and the FCs’ ‘Day by Day’ from Riverdale, Season 5, Episode 5

The video ends with him still singing “Sweat baby sweat, 100 degrees, sweat baby sweat, down on my knees” as he pulls the ripcord, his parachute opens and he gets yanked back up into the sky”.

Swan, aka Matt Swan, is a former member of the English rock duo Royal Blood, released the track in July, 2019.

Listen to Swan’s ‘Sweat Baby Sweat‘ as heard on Riverdale last night in the song’s official music video and in the Spotify player.