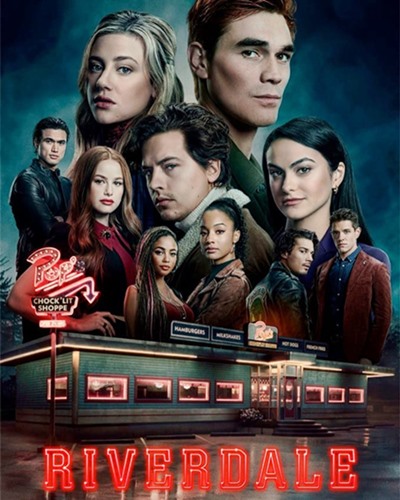 Austin, Texas based indie band Tomar and the FCs’ ‘Day by Day‘ was one of the cool songs featured on Riverdale last night — Riverdale, Season 5, Episode 5, “Chapter Eighty-One: The Homecoming“.

The track was heard playing in the background as the currently toxic and incredibly annoying Jughead asks Tabitha about getting a job at Pop Tate’s.

After all, he has to find some way of making money when debt collectors are even finding him at Pop’s.

As for Tomar and the FCs’ ‘Day by Day‘, the song may sound like it belongs in the 1950s or 60s (and it really does sound authentically retro) but, in reality, the track was released by the American indie band in 2015 as the lead single from their EP of the same name.

The track is rocking, the melody is sweet and those vocals — both lead and backing — are superb.

Tomar and the FCs is a five-member soul band who are relatively new to the scene of TV series soundtrack music, having only had one other song featured on a show before (‘Foot Down‘ on Walker).

Listen to Little Leo’s ‘Handwriting on the Wall’ from Riverdale, Season 5, Episode 4, “Purgatory”

2021 is starting off right for them though, as with two songs licensed for play on hit TV series in the same month, they are obviously being noticed.

Listen to Tomar and the FCs incredibly cool retro track ‘Day by Day’ in the video and on the band’s four-track EP below.

And, if you liked the song, (you probably wouldn’t be here if you didn’t) and want to hear more, you can grab Tomar and the FCs EP Day by Day plus their other five current releases on Bandcamp.