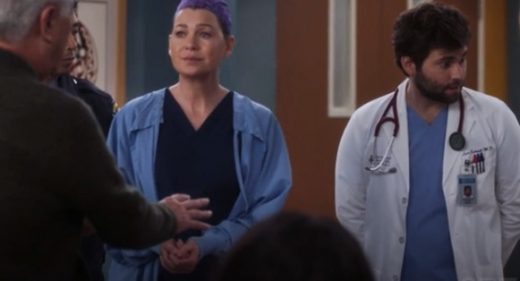 With more and more Nettwerk Music artists showing up on hit TV series in recent years (man, that company must do amazing P.R. work — well, that, and they sign artists that are pretty much the bomb), it wasn’t surprising to hear more than one Nettwerk Music artist’s work on Grey’s Anatomy last night.

One was Garrett Kato with his song ‘One and Only‘, while the other was indie pop singer songwriter SYML and another of his songs featured on the hit medical drama this week — SYML’s ‘The Dark‘, which showed up on Grey’s Anatomy, Season 18, Episode 18, “Stronger than Hate“.

SYML’s ‘The Dark‘ came out in 2020 as a single, then was re-released on his 2021 album Sacred Spaces after being recorded at St. Mark’s Cathedral.

The song is about not allowing dark thoughts to destroy your life, but instead to use that time to illuminate your truth:

Listen to SYML’s ‘The Dark‘ from last night’s Grey’s Anatomy on his Sacred Spaces album, in the song’s lyric video, and in a lovely live acoustic performance he gave of the song.