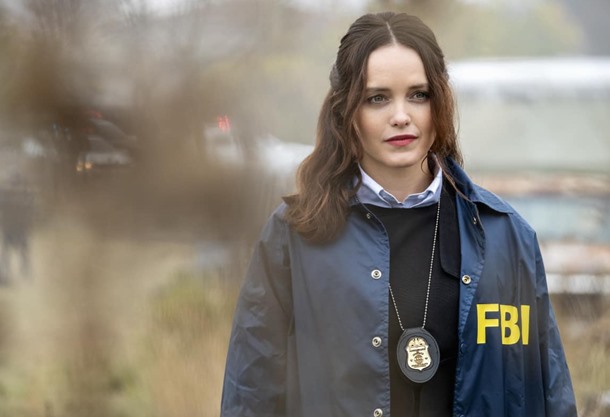 Tammy Wynette’s ‘I Don’t Wanna Play House‘ was one of the tracks featured on the new episode of the psychological horror procedural drama Clarice this week — Clarice, Season 1, Episode 2, “Ghosts of Highway 20“.

The track was heard on the episode twice — once with the Wynette version when Clarice goes to the Statesmen’s compound and talks to the militia head, and once with the Lynn Anderson version later in the episode.

Tammy Wynette’s ‘I Don’t Wanna Play House‘ was her first number one song as a solo singer.

The track peaked at #1 on the U.S. Billboard Hot Country Singles and at #3 on the Canadian RPM Country Tracks. The song also earned her a Grammy Award.

It was one of two singles from Wynette’s second studio album Take Me to Your World / I Don’t Wanna Play House, which was released in 1967 via the Epic record label.

The lyrics, of course, are sung from a little girl’s perspective seeing her parents broken marriage and telling her friends she doesn’t want to play house as she knows how unhappy it made her mother.

The second version of the track to play on Clarice was recorded by Lynn Anderson who, at that time, was the wife of Glenn Sutton, one of the co-authors of the song. It appeared on her 1970 album Rose Garden.

(listen to both versions of ‘I Don’t Wanna Play House‘ after the promo for another song from last night’s episode of Clarice).

Listen to Greg Hale Jones’ ‘She Began To Lie’ from Clarice, Season 1, Episode 2

Listen to Tammy Wynette’s ‘I Don’t Wanna Play House’ as played on Clarice in a live performance she gave of the video below.

You can also hear Lynn Anderson’s version below that.

Both are superb, so it is no wonder the music supervisor of Clarice decided both deserved a feature on last night’s episode.