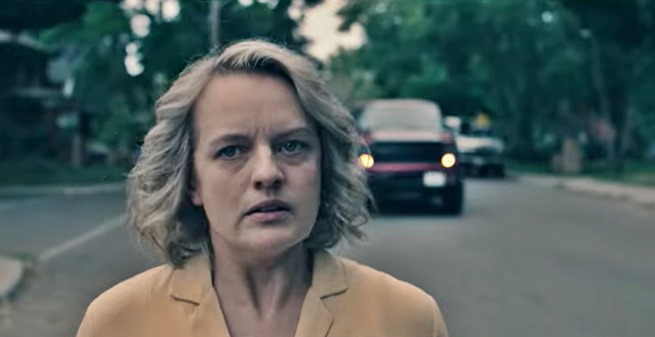 That song was The Beach Boys’ ‘Kokomo‘, which was ironically playing on the radio of a truck that follows June (Elisabeth Moss) is walking. After the truck hits her, it continues playing as she is lying on the ground with a broken arm, and as someone drags the driver out of the truck right before he can hit her again.


(And can someone please explain to me why, in just about every TV show and movie on the planet, when someone is about to be hit by a truck, they continue to walk in the middle of the road instead of getting on the bloody sidewalk? It’s like Idiots R Us).

Anyway, back to The Beach Boys’ ‘Kokomo‘.

That track was first released on the soundtrack of the hit Tom Cruise movie Cocktail. That was enough to make it a number one hit in Australia and in the U.S., as well as 10 other countries.

It was then re-released the following year on the band’s 26th (yes 26th!) studio album Still Cruisin‘.

Despite that, it is a track pretty much universally despised by music critics (what do they know, eh?). But, as much as they went on about how “terrible” the song was, fans obviously disagreed as they bought it in droves.

And yes, ‘Kokomo‘ was eventually certified Platinum in the United States.

Since then, it has earned The Beach Boys almost 182 million plays on Spotify alone, as well as millions more on various music video platforms, including YouTube.