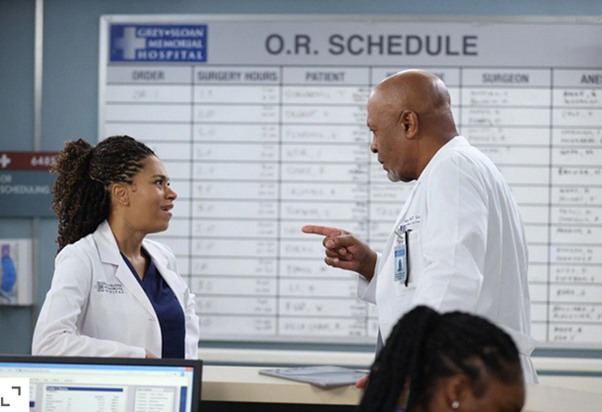 British all-female four-piece indie rock band The Big Moon’s ‘Carol of the Bells‘ was one of the songs played on one of the world’s longest running medical series Grey’s Anatomy this week — Grey’s Anatomy, Season 18, Episode 8, “It Came Upon a Midnight Clear” — the crossover episode between the hit show and Station 19.

The delicately joyful song had a poignant feel as it was playing at the end of the episode as Owen shoves Hayes out of the car window, and then the car slides down the cliff.

A scene with an outcome we will have to wait until next February to find out.

The Big Moon’s cover of ‘Carol of the Bells‘ was released in December, 2019 as a stand-alone single.

The London-based band also has two studio albums, two EPs and several other singles out via the Fiction or Columbia Records labels.

‘Carol of the Bells‘ was written more than 100 years ago, and is based on a Ukranian bell carol. It is one of those gorgeous iconic Christmas songs just about everyone knows, but may not know what it is called.

Listen to The Big Moon’s ‘Carol of the Bells‘ from last night’s Grey’s Anatomy down below. It is a lovely version.

You can learn more about the indie band on their website.