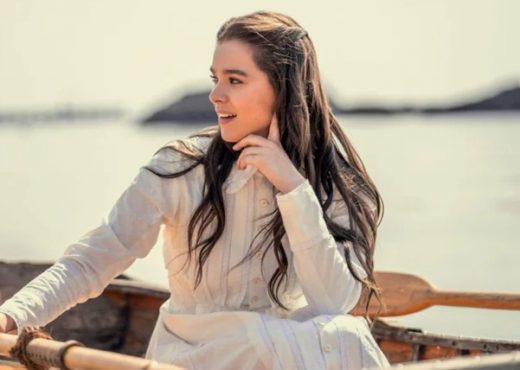 It was the last song ever to be played on the now-ended series.

The Big Moon’s ‘Your Light‘ is the second single from the band’s critically well-received sophomore studio album Walking Like We Do, which was released in early last year via the Fiction Records label.

A total of five singles were released from the album, which ultimately charted in both Scotland and the United Kingdom.

The track, with its mellow steady upbeat beat, arrived with a pretty clever official music video, featuring the four band members on bikes cycling down a country lane acting out various coordinated movements to the music at not-all-at-once times.

Related: The Big Moon’s ‘Carol of the Bells’ showed up on Grey’s Anatomy and it’s cool

It ends with puppets of extra-terrestrial beings popping up in their bike baskets and dancing along.

Listen to The Big Moon’s ‘Your Light’ from the series finale of Dickinson in the song’s music video, and on the band’s Walking Like We Do album.