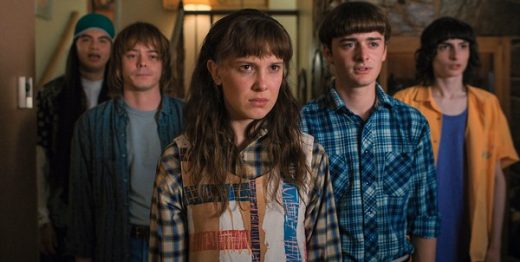 American indie garage punk band The Cramps’ ‘I Was a Teenage Werewolf‘ was one of the cool songs featured on the soundtrack of the latest season of Stranger Things this week — Stranger Things, Season 4, Episode 1, “Chapter One: The Hellfire Club” — and, man, does this season feature some stellar songs.

The track was heard as Eddie is reading to the gang.


The Cramps’ ‘I Was a Teenage Werewolf‘ was released in 1980 on the band’s debut studio album Songs the Lord Taught Us, which came out via the I.R.S. Records and Illegal Records labels.

While Songs the Lord Taught Us was well-received by music critics at the time of its release, it obtained much of its critical acclaim years later when it was placed on a number of critics’ lists as one of the best albums of the 1980s.

RELATED: Kate Bush’s ‘Running Up That Hill’ was one of the superb songs showing up on the first episode of the new season of Stranger Things — Listen!!

Listen to The Cramps’ ‘I Was a Teenage Werewolf‘ from the new season of Stranger Things in the video, and on the now-defunct band’s Songs the Lord Taught Us album.

Season 4 of Stranger Things is now streaming on Netflix.