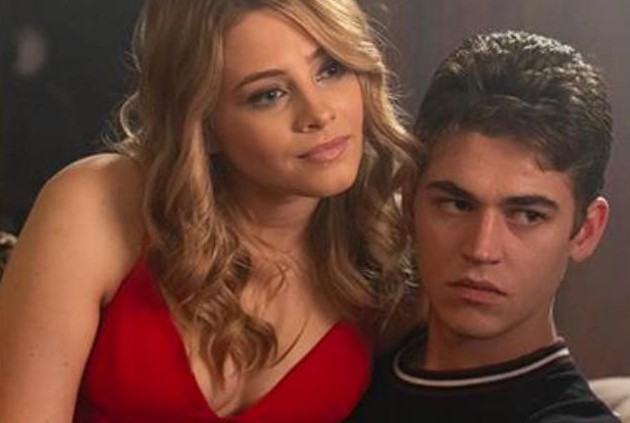 American rock band The Fray’s ‘Heartbeat‘ was one of a slew of stellar songs featured on the new romantic drama After We Collided. It was the track played in the film as we see Tessa driving home for Christmas.

The Fray’s ‘Heartbeat’ is the lead single from the band’s third studio album Scars & Stories, and is an upbeat song about someone escaping a truly horrible life and then feeling as if they are coming back to life.

Something you wonder if Tessa might have been thinking about doing as she drove.

Released in late 2011, ‘Heartbeat‘ was not quite as successful for the alternative rock band as you might think it would have been from its catchy melody, soaring chorus and powerful vocals.

In fact, the single only charted in two other countries besides the U.S. — Australia and Canada — although it did place on seven charts in the United States, and made it to the Top 10 on two of them. (article continued below…)

‘Heartbeat‘ also spawned an official music video, which was filmed on a California beach and had the band carrying equipment onto the sand where they set up, threw a beach party and a concert and then went swimming in the waves.

Not really anything to do with the song’s lyrics at all, but still a pretty cool video and, with over 12 million views on YouTube, one fans obviously enjoyed.

The song was also featured in an episode of Season 8 of the medical drama Grey’s Anatomy soon after its release.

Listen to The Fray’s ‘Heartbeat‘ from After We Collided in that music video and also on the band’s third studio album in the Spotify player below.