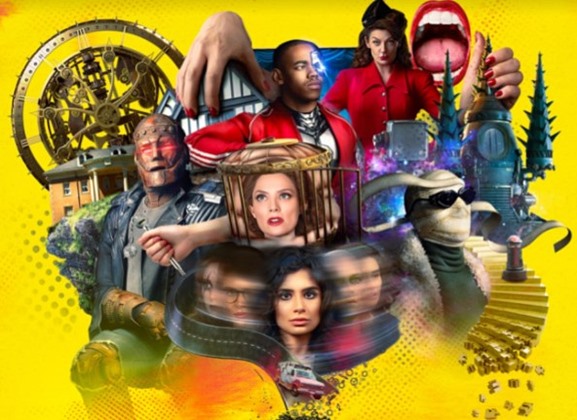 The song was played as Larry and the Negative Spirit are leaving the planet.


The Hollies’ ‘The Air That I Breathe‘ was a cover song recorded and released by the Hollies on their self-titled fourteenth studio album, which came out in 1974 via the Polydor and Epic record labels.

The song was originally recorded by British singer Albert Hammond two years previous to the Hollies’ release, but it was their version that received international success and critical acclaim.

The band’s cover of the song made it to #6 on the Billboard Hot 100 chart, as well as #3 on the Adult Contemporary chart. It also hit #2 in the UK, and #5 in Canada, as well as placed high in Austria, the Netherlands, Germany and Scotland.

Interestingly, Alan Parsons from The Alan Parsons Project, a huge success at the time themselves, was responsible for the song’s audio engineering.

A more recent cover of ‘The Air That I Breathe‘ was also made popular by British soul band Simply Red.

Listen to the Hollies’ gorgeously soulful ‘The Air That I Breathe‘ from Doom Patrol on the remastered version of their self-titled album, and in the 1970s music video of The Hollies performing the song.