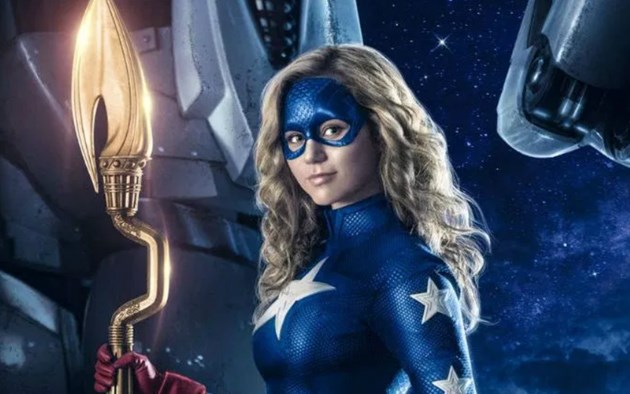 American rock band The Killers’ ‘The Man’ was one of the superb songs featured on the latest episode of DC’s Stargirl this week — DC’s Stargirl, Season 1, Episode 2, “S.T.R.I.P.E.’.

The track is the lead single from the Las Vegas’ natives’ fifth studio album Wonderful Wonderful, and was written about the fallacy of young people believing being ‘a man’ is being macho when in reality it is often anything but.

It also topped the charts in the UK, Scotland and Australia, and ultimately charted high in 27 countries.

It was certified Gold in the United Kingdom. (You can listen to the entire album in the Spotify widget below).

It was not just the charts The Killers’ Wonderful Wonderful was so successful with, however, as critics generally loved it as well and eventually pushed it to become the band’s highest-rated album to date.

Listen to The Killers’ ‘The Man‘ from DC’s Stargirl in the official music video below.

That video has band lead singer Brandon Flowers playing various egotistical characters, all of whom are obsessed with success until, at the end, all that success has been ripped away from them and they are left demoralized and failing.

READ MORE: Hanson’s ‘MMMBop‘ was featured on the first episode of DC’s Stargirl and it’s still as cool as it always was