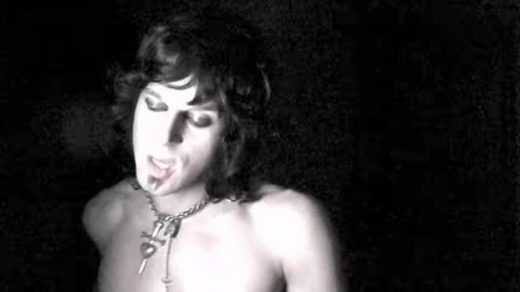 The song is from the band’s fourth studio album Whatever Gets You Off, and their first full-length release on a major label.


It was also previously released on their self-titled third album, which they self-released, and is the rock band’s first song to be licensed for a hit TV show.

‘Apologize‘ is a track about a guy apologizing to his girlfriend for all the things he did, and shouldn’t have done, and was written by The Last Vegas in collaboration with Mötley Crüe bassist Nikki Sixx, and songwriter and producer Marti Frederiksen.

Related: Steel Panther’s ‘If You Really Really Love Me‘ was that nightmare boyfriend track on last night’s Peacemaker, right? 🙂

The ‘ Apologize‘ music video features lead singer Chad Cherry as a guy remembering back to all the good times he had with his girlfriend, and how he screwed things up with his behavior.

Listen to The Las Vegas’ ‘Apologize‘ from last night’s Peacemaker season finale in that video, and on their Whatever Gets You Off album.

The first season of Peacemaker came to a close last night, but will be back for a second season.