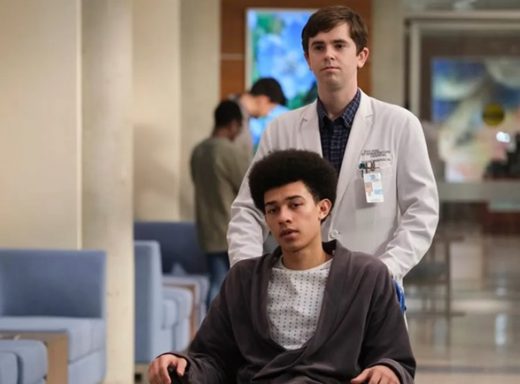 The song is the title track from the band’s fourth studio album Brightside, which was released in January of this year via the Dualtone and Decca record labels.


It was the lead single from the album, and came with a music video featuring real, ordinary, every day people talking about love — rather than the gorgeous models and actors other bands would likely have used for a similar track.

The song made it to #1 in Canada on the Billboard Canadian Rock chart, and to #2 on the U.S. Rock Airplay album.

As for The Lumineers‘ album Brightside, it charted in 12 countries, including the United Kingdom and the U.S.

RELATED: The Lumineers’ ‘A.M. Radio‘ music video shows the importance of going after your dreams

Listen to The Lumineers’ ‘Brightside‘ as heard on The Good Doctor in the song’s music video. You can also listen to the band’s Brightside album in full down below.

The gorgeous drum-driven, mellow track is a glorious celebration of being in love.

The Good Doctor is currently airing on ABC.