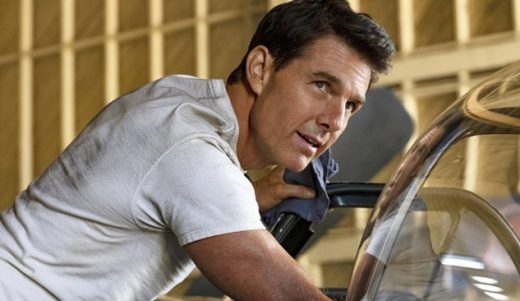 English rock band The Who’s ‘Won’t Get Fooled Again‘ was played on the soundtrack of the latest Tom Cruise movie Top Gun: Maverick.

The song was originally released on the band’s fifth studio album Who’s Next, which came out in mid-1971 on the Decca and Track record labels.


It came out as the lead single from the album, and almost immediately hit #9 on the UK Singles chart, as well as charted in seven other countries including the United States.

The Who’s ‘Won’t Get Fooled Again‘ also went on to become a favorite with artists like Eddie Van Halen, Labelle and Richie Havens, all of whom released their own cover versions of the song.

The hit rock song is also the origin of the now iconic phrase “meet the new boss, same as the old boss“.

The track itself has also been placed on several lists of Best Songs of All Time… lists, as well as been a favorite with TV show music supervisors, showing up on shows like Vinyl, The Grand Tour, Endeavour, Love Island (UK), The Simpsons and The Newsroom.

It is also a song that, while you may not know its title, you will probably have heard more times than you can remember.

Listen to The Who’s ‘Won’t Get Fooled Again‘ as heard on the Top Gun: Maverick soundtrack in the song’s lyric video, and on the Deluxe version of the English band’s Who’s Next album.

You can currently buy and watch the digital version of Top Gun: Maverick via Amazon Prime.