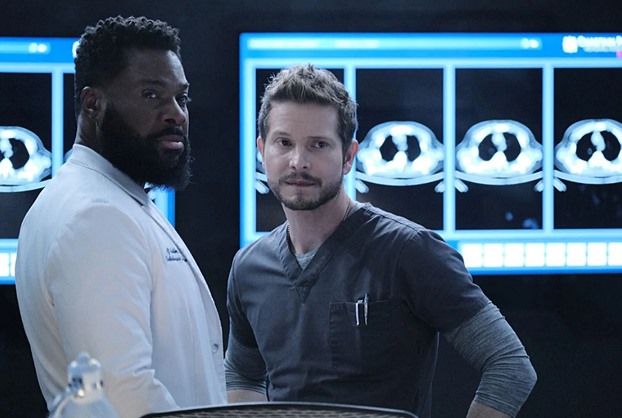 Nigerian-American rapper Thutmose’s ‘On The Run‘ showed up on the new episode of The Resident last night — The Resident, “Season 4, Episode 3, “The Accidental Patient” (aired on January 27th, 2021).

The song was played as Cain is talking to his lawyer about being sued by a patient, and as he sees an accident and rescues a woman from the burning car. He then notices he is being video taped.


Thutmose’s ‘On The Run‘ is a standalone single the Brooklyn, New York-based singer songwriter released in July last year, right in the midst of the Black Lives Matter movement.

On the notes to the song’s official music video, Thutmose said this:

This song is dedicated to all the women who have been fighting on the frontlines and leading these historic movements while still not being championed as I feel they should be. From Oluwatoyin Salau to the women who founded Black Lives Matter. This is for them.

Thutmose himself, aka Umar Ibrahim, was born in Lagos, Nigeria, but moved to New York with his family when he was 7-years-old. After going to college to study computer science, he decided his music was more important, and dropped out to pursue it.

A decision that appears to have been the right one for him, as he soon gained the music world’s attention for this freestyle version of Kendrick Lamar’s ‘Humble‘. (continue reading and listen to Thutmose’s incredibly cool ‘ On The Run‘ after the promo…)

Since then, Thutmose has released three EPs and a string of singles, most on his King Tut label.

Listen to Thutmose’s ‘On The Run‘ from The Resident on the track’s official music video.

As you’d expect, the video has Thutmose rapping the song in a warehouse with a drummer, with footage from the enormous Black Lives Matter demonstrations interspersing his performance.

The song itself has an addictive and quite lovely melody, and Thutmose demands your attention.