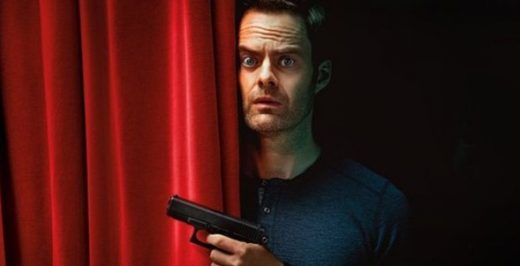 HBO’s dark comedy Barry is finally back after a three year absence, with the late folk and blues musician Tim Hardin’s ‘Reason to Believe‘ showing up as one of the songs on its soundtrack — Barry, Season 3, Episode 1, “Forgiving Jeff“.

The song was playing as Hank (Anthony Carrigan) gets back home.


Tim Hardin’s ‘Reason to Believe‘ was first released on the singer’s debut studio album Tim Hardin 1, which came out in July, 1966 on the Verve Records label.

The string arrangement was added to the track after Hardin had recorded the song and without his permission, making the still beautiful track, in my mind, more cheesy and far less effective than it would have been without it.

The lyrics of the song tell the story of a man in love with a woman who, while he knows she lied to him, knows he would also ignore those lies and pretend they were true if she wanted him to.

RELATED: Metallica’s ‘Unforgiven‘ showed up on the new series of Barry last night

The folk track was not only Hardin’s most well-known and, arguably, most beautiful song, it has also been covered by several other artists since.

Even becoming a big hit for Rod Steward in the early 1970s.

Listen to Tim Hardin’s ‘Reason to Believe‘ from Barry, Season 3 in the video, and on his debut album Tim Hardin 1.

Sadly, Hardin himself died of a heroin overdose at the age of just 39 in late December, 1980.