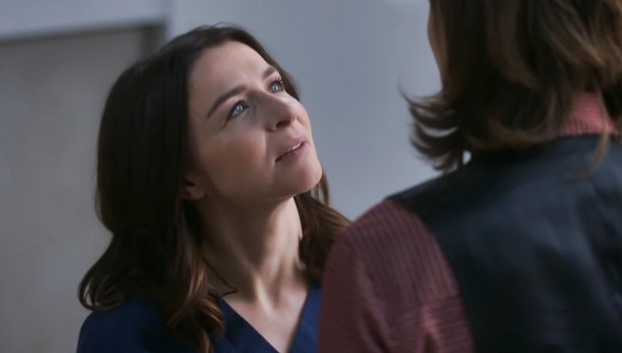 Trvstfall, aka Reuben And The Dark and AG, had another song featured on a hit TV series this week.

This time it was Trvstfall’s ‘Strange Time To Feel Alive‘ that appeared on the latest episode of Grey’s Anatomy — Grey’s Anatomy, Season 18, Episode 8, “It Came Upon a Midnight Clear“.

The track was played as Amelia is guiding Kai through meditation, and as they kiss.

It is one of several songs the pair has had played on the soundtrack of Grey’s Anatomy in the last year.

Trvstfall is the cinematic musical side project of Canadian indie folk music band Reuben and the Dark, and Los Angeles-based producer AG (aka Adrianne Gonzalez).

The artists got together to create songs that are bigger, more powerful and more ‘cinematic’ than what they have released as successful artists in their own right.

‘Strange Time To Feel Alive‘ is Trvstfall’s latest release, and is actually a less cinematic song and more a quiet, poignant release about something many of us are feeling now as our governments destroy our freedoms and futures over a virus with a 99.5% survival rate.

Yes, it is a strange time to feel alive but, note, the title of the song is ‘to feel alive’ and not ‘to be alive’. And that makes all the difference. Because we will overcome this bullshit, and I have always been convinced of that.

Listen to Trvstfall’s ‘Strange Time To Feel Alive‘ in the lyric video, and on the Spotify player.