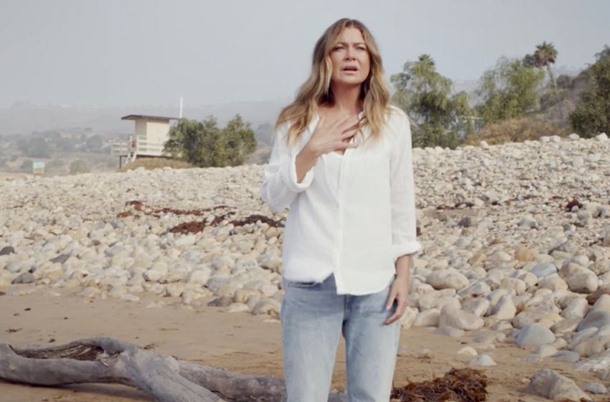 The track was played as Meredith and Lexi are on the beach with Mark.

Trvstfall’s ‘Sun Song‘ is from the duo’s four-track self-titled EP, which was self-released last year.

As for Trvstfall, the project comprises American songwriter and producer AG, and indie rock band Reuben and the Dark’s lead singer Rueben Bullock.

Since they began collaborating, their music has appeared on a number of TV series including several other placements on Grey’s Anatomy, Elementary, and Station 19.

AG herself has also created an extremely successful career for herself as a solo producer, with her work appearing on close to 500 shows, including The Blacklist, Chilling Adventures of Sabrina,  Pretty Little Liars, This Is Us, Finding Carter, Marvels Cloak & Dagger, Riverdale, The Fosters and The Good Doctor.

Listen to Trvstfall’s ‘Sun Song‘ from last night’s episode of Grey’s Anatomy in the duo’s latest EP and in the video below.