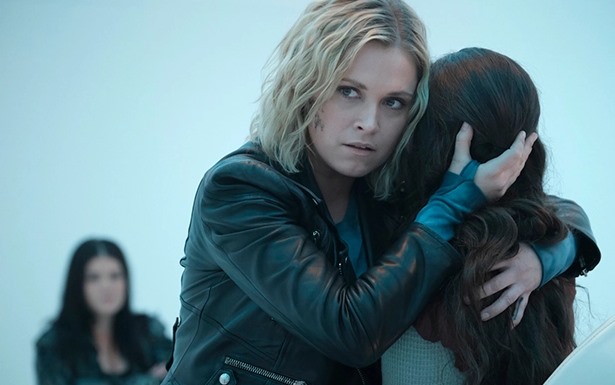 Irish rock band U2‘s ‘Bad‘ was the final song played on the final episode of the post-apocalyptic series The 100 last night — The 100 series finale, Season 7, Episode 16, “The Last War“.

A series that could not have ended with a better song.


U2’s ‘Bad’ is from the indie rock band’s iconic fourth studio album The Unforgettable Fire, is probably the song U2 is the most known for and, over 35 years later, is still the most regularly played song during their live concerts. (Listen below).

It is the powerful guitar riff that makes ‘Bad‘ standout, even beyond all the other superb music U2 has created, and lead singer Bono’s incredible vocals.

Vocals that communicate every feeling of pain and anguish that man has ever experienced, but still give the listener a feeling of absolute joy and hope.

‘Bad‘ was originally written about heroine addiction although, due to Bono telling various stories about the song over the years, it is not really known who he wrote the song about or if that person survived their addiction.

Probably the most iconic performance of ‘Bad‘ U2 has ever produced is an extended almost 12-minute goose-bump creating playing of ‘Bad‘ that was performed during the world-changing Live Aid concert back in July, 1985.

A concert that was one of the biggest things to happen in music in decades.

And a performance that not only included snippets of iconic tracks like Lou Reed’s ‘Satellite of Love’ but was also said to feature Bono saving a young fan’s life. Even if the other band members apparently just thought he was dragging the song out for his own edification and were, reportedly, furious about it afterwards.

That was due to Bono seeing a young girl in the audience being crushed by the crowd and, with security guards not understanding what he was trying to tell them, he jumped down from the stage and got her dragged to safety.

Then he danced with her.

The girl admitted afterwards she believed Bono saved her life that day.

It was that moment that was shot around the world, and became one of the most iconic moments from Live Aid. It also helped catapult U2 to world superstardom.

A stardom they have held onto for the more than 35 years since.

Listen to the album version of U2’s ‘Bad’ as featured on The 100 on The Unforgettable Fire below, and then watch that memorable Live Aid performance below that.

To this day, it is one of the best live rock performances played on stage anywhere and probably U2’s best ever. You will also see Bono’s interaction with the girl towards the end of it.