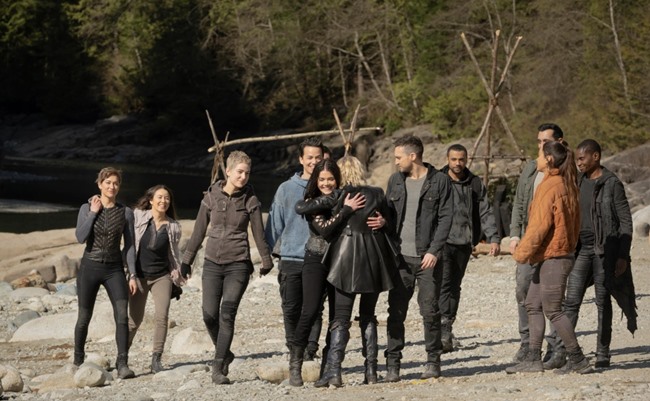 The post-apocalyptic science fiction drama The 100 ended last night the way it began — with some superb songs featured on the soundtrack and several events occurring that just make you think “Huh?”.

One of the songs featured on The 100 series finale was Australian singer songwriter Vance Joy’s ‘We’re Going Home’, which was played as we see Miller, Jackson, Emori and Murphy dancing. (Listen below).

That track is from Joy’s 2018 sophomore studio album Nation of Two, and is a song the singer songwriter said he wrote about the need to challenge yourself, do things you are not used to and, by doing so, learn what you are made of.

The track itself only charted in Australia upon release, however, where it made it to the #16 position on the ARIA chart. Surprisingly really, as it is a beautiful song.

Vance Joy’s ‘We’re Going Home‘ came with an official music video featuring an older woman whose partner has obviously just died. So she takes a bus back to the place she originally came from and, carrying her suitcase, is dropped in the Australian outback to walk the remainder of the way home.

The rest of the video then shows flashbacks to the woman’s life with her partner, all shown as she sits on her suitcase and is then joined by a group of people who all begin to dance.

Listen to Vance Joy’s ‘We’re Going Home‘ from The 100 series finale in that music video.

A video that, even though it initially seems sad, actually ends up filling you with a lot of joy.

You can also hear the track on Joy’s excellent album Nation of Two below that.