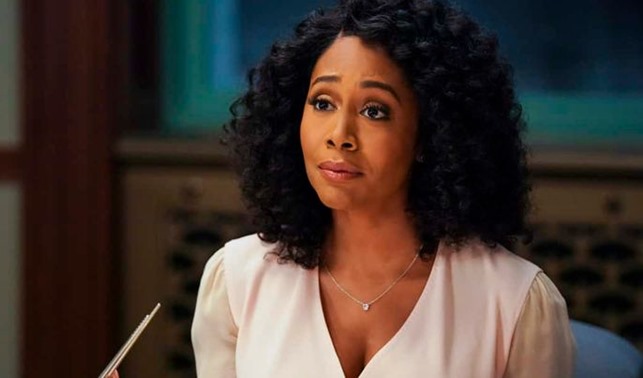 The music supervisor of the CBS legal drama All Rise certainly outdid themselves with the songs they chose for last night’s episode. Especially when it comes to Irish alternative rock band U2’s ‘Mysterious Ways‘, which was played on All Rise, Season 2, Episode 8, “Bette Davis Eyes“.

Because that track was banging when it was first released in 1991. Thirty years later, and it is still one of the most addictive and most danceable alternative rock songs released in the last 50 years.


U2’s ‘Mysterious Ways‘ was played on All Rise as the lawyers for the prosecution are waiting to get access via the underground entrance.

The song was released in December, 1991 as the second single from U2‘s seventh studio album Achtung Baby, and it is that amazing the Edge guitar hook, and the song’s rocking beat, that made it such a stand out.

So much so, ‘Mysterious Ways‘ charted in a huge number of countries upon release (17 in total), but did particularly well in the United States where it appeared on six charts, including at #1 on both Billboard’s Mainstream Rock chart and on the Alternative Airplay chart.

‘Mysterious Ways‘ also came with a music video that was filmed in Morocco.

It featured a belly dancer interspersed with scenes of lead singer Bono and the rest of the band in various locations around the same country. All in a mysteriously distorted view that perfectly matched the almost hypnotic feel of the song.

Listen to U2’s ‘Mysterious Ways‘ as heard on All Rise in that music video.

You can also hear the track on the deluxe edition of the band’s superb album Achtung Baby.