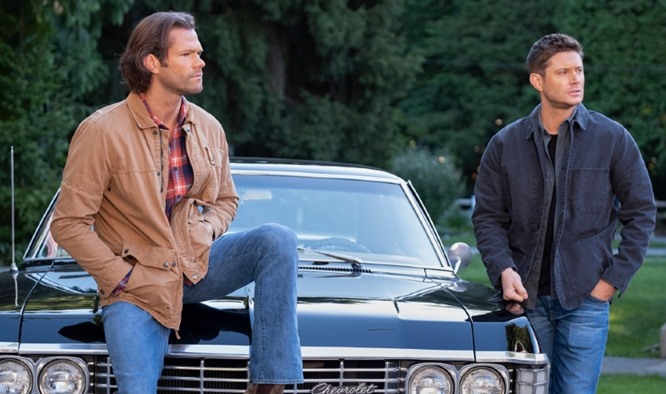 Well, that’s it then.

Last night we said goodbye to Sam and Dean, the Winchester brothers, on the series finale of Supernatural.

A finale that did a good job of tying everything together, and leaving us with the happy ending most of us wanted. (Although, personally, I still would have preferred it if Dean had survived and lived to the old age Sam was able to enjoy — spoiler, I know).

Along with the almost-satisfying storyline on episode 327 (yes, there really were that many episodes), we also got four superb Supernatural-style songs, with my favorite being Van Morrison’s ‘Ordinary Life‘.

That song was played on Supernatural, Season 15, Episode 20, “Carry On” as Sam and Dean are getting on with their ordinary lives.

Released in 1991 via the Polydor record label, the21-track double album made it to #5 on the UK Album charts and to #99 on the Billboard Hot 200 chart. (article continues below…)

The album was also hailed by critics as, while overly long, still one of the best albums Morrison had released up until then. Of course, almost 30 years later, the singer has released 20 more albums since then.

His latest releases this year have been three singles that are not only against masks and social distancing, but also pointing out the insanity of what is going on with various governments lockdowns and restrictions. Restrictions that will have much more damaging consequences for billions of people around the world than the virus could ever have achieved.

And words I have to say I, and many other people, agree with him on.

Listen to Van Morrison’s ‘Ordinary Life‘ as played on the Supernatural series finale on his album Hymns to the Silence below, and in the video.