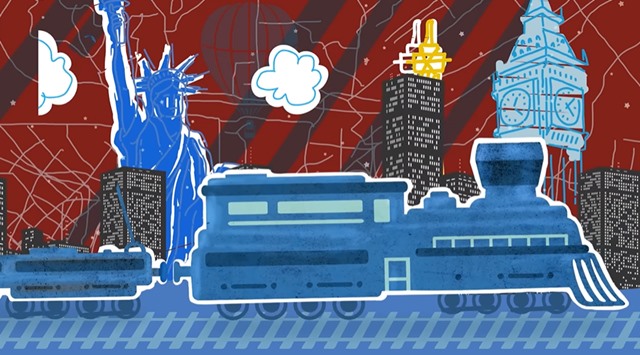 Irish singer songwriter Van Morrison’s ‘Streamline Train‘ was one of a couple of songs played on the soundtrack of the newest episode of Tulsa King this week — Tulsa King, Season 1, Episode 6, “Stable“.

The song was playing as Mitch (Garrett Hedlund) and Dwight (Sylvester Stallone) are at the bar talking business.


Van Morrison’s ‘Streamline Train‘ is the lead single from the singer’s upcoming 44th studio album Moving on Skiffle (yep, 44th). The 23-track album is due to be released in March next year.

The single came out on October 25th, and is a Morrison cover song of an original 1930s skiffle song that became popular in the UK after it was released in 1957 by The Vipers Skiffle Group.

The song features gorgeous backing vocals, Van Morrison’s signature laid-back vocals, and it is Morrison himself going back to his own roots when he apparently used to perform in a skiffle band as a teenager, and loved it.

Listen to Van Morrison’s ‘Streamline Train‘ as heard on Tulsa King this week in the song’s cool animated video and on the Spotify player and, if you love that classic skiffle sound, mark your calendar for March 10th, 2023 when the singer’s Moving on Skiffle album will hit the airwaves.

You can pre-order the album now here.