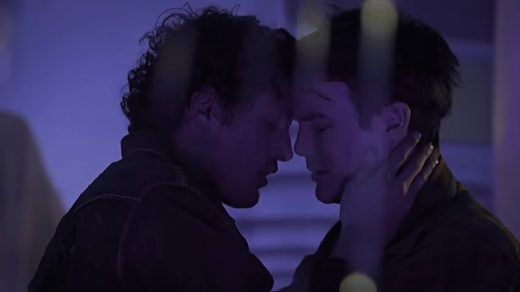 The song was played as Alex and Michael are dancing their first dance together as married partners (finally), and as Maria offers Bonnie a job.


But really, it was all about that Malex dance, right?

As for Vundabar’s ‘Aphasia‘, the song was released in 2021 as a single, and then on their fifth full-length studio album Devil for the Fire a year later via Gawk records.

The mellow, laid-back rock song came with a music video featuring the band performing the song in a field, then clowning around with each other while wearing vampire teeth.

Vundabar, by the way, is lead singer Brandon Hagen, bassist Zack Abramo and drummer Drew McDonald, and has been in existence since 2012.

Listen to Vundabar’s ‘Aphasia‘ as heard on Roswell, New Mexico last night in the song’s music video, and on the band’s Devil for the Fire album below.

RELATED: Edwin McCain’s ‘I’ll Be‘ was played at the same Malex wedding, and it was FABULOUS — Listen!