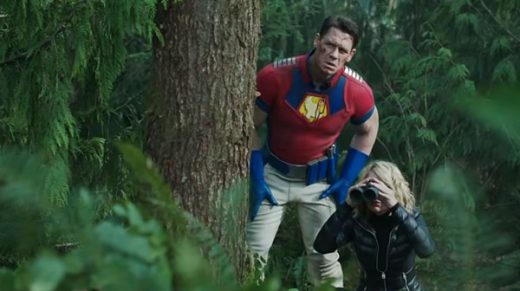 At least if the use of a couple of their songs on the show’s soundtrack is anything to go by.


Including this one — Wig Wam’s ‘Do You Wanna Taste It’ — the cool Peacemaker theme song and a track that was also used during last night’s episode — Peacemaker, Season 1, Episode 8, “It’s Cow or Never” — as the team heads to the barn, and during the fight scenes.

Wig Wam’s ‘Do You Wanna Taste It‘ was first released as the lead and only single from the band’s third studio album Non Stop Rock’n Roll, which came out in early 2010 via various record labels.

Related: Steel Panther’s ‘If You Really Really Love Me‘ showed up on the season finale of Peacemaker last night — Listen!

The track arrived with a music video featuring the band performing the track surrounded by scantily clad women dancing.

Well, come on, they are a glam metal band, eh?

Listen to Wig Wam’s ‘Do You Wanna Taste It‘ — the Peacemaker theme song — in the band’s music video, and on their Non Stop Rock’n Roll album.

Meanwhile, the finale of Peacemaker hit the airwaves last night, but HBO Max has already announced a second season is on its way. Fans will be thrilled.

Listen to more songs from the show’s soundtrack on Leo Sigh.