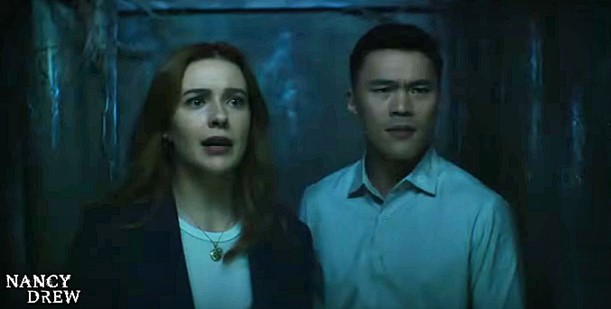 It has been a good week for indie folk band Wilderado.

Not only has the now-Los Angeles based band had one of their songs featured on Grey’s Anatomy, but last night another track showed up on Nancy Drew.

That song was Wilderado’s ‘Head Right‘, and was featured on Nancy Drew, Season 3, Episode 9, “The Voices in the Frost” as George and Nick rush to the court house.

Wilderado’s ‘Head Right‘ is from the band’s 10-track self-titled debut studio album, which came out earlier this year via Bright Antenna Records.

The song arrived with another of cool music videos the band has become known for, this one featuring people who are all in some kind of distress, only for all of them to realize, if they got their head right, most of their problems would disappear.

Listen to Wilderado’s ‘Head Right‘ from last night’s Nancy Drew in that music video, and on their debut album.

Their album, by the way, includes nine other tracks that are just as bangin’ as this one, so you really should listen to it all the way through.