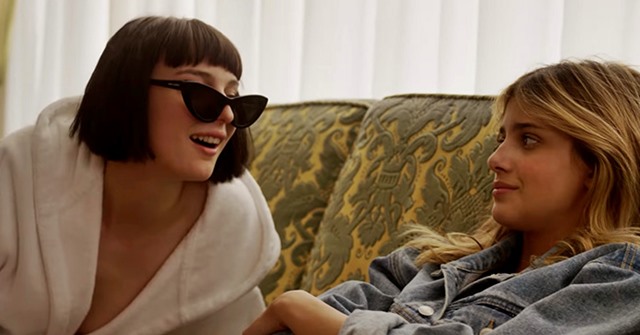 Since starting to watch the Netflix drama series Baby, I have discovered so many superb songs from Italian musicians I was not familiar with before.

Take Yakamoto Kotzuga’s ‘All These Things I Used To Have‘, which was featured on the latest season of Baby this month — Baby, Season 3, Episode 6, “Oltre l’acquario“.

That track was one of two Yakamoto Kotzuga instrumental tracks featured on the episode, and was hypnotic and stunning.

And yes, while he may sound Japanese, Yakamoto Kotzuga is actually an Italian electronic music musician and composer. His name is Giacomo Mazzucato and he is a Venice native who works on a huge number of music projects.

He has collaborated on music with rappers Ghemon and Mecna, been given an artistic residency via the Benetton Group  during which he composed soundtracks for commercials, documentaries and installations, and worked on various fashion shows for Paris Fashion Week.

Many of the songs featured on the three seasons of Baby are also his compositions.

The Italian artist has released a number of singles and EPs, and three albums.

Yakamoto Kotzuga’s ‘All These Things I Used To Have‘ is from the soundtrack of the Italian movie Tutte Le Mie Notti.

The song also came with an official music video, which quite effectively does nothing more than follow three beautiful women as they wash their shirt in a laundromat, walk on the beach and into the ocean and do aerial sink acrobatics.

It is all shot in a white haze while the women move dreamily within it, giving the entire video a mysterious and romantic feel.

Listen to Yakamoto Kotzuga’s ‘All These Things I Used To Have‘ from Baby in that music video below. You can also hear the soundtrack from Tutte Le Mie Notti including that instrumental track below that.

And, if you think his music is as gorgeous as I do, follow him on Spotify and gorge on all of it, as everything he has produced so far is equally as stunning.