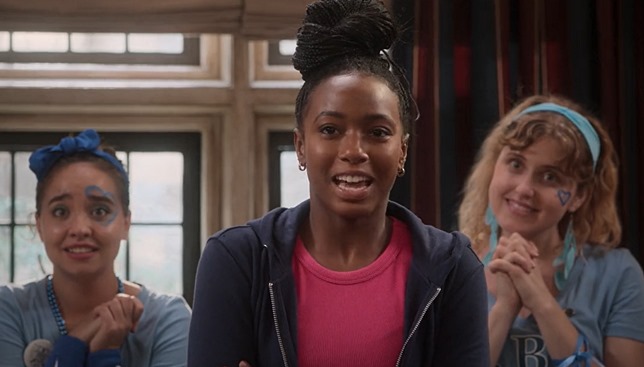 It was one of several awesome songs on the season finale soundtrack, but this one is one of two I have had on replay on Spotify since, with Zara Larsson’s ‘Need Someone‘ being my favorite not only because of her gorgeous vocals, but also because I adore that opening piano intro.


Zara Larsson’s ‘Need Someone‘ is from the Swedish singer’s third studio album Poster Girl, which came out in early 2021 via the Swedish label TEN and Epic Records.

The song was not one of three singles released from Poster Girl, which is surprising as the electro pop track is hella catchy.

The album itself made it to #3 in Sweden, and also charted on album charts in a total of 14 countries, including at #170 on the Billboard 200 chart in the U.S.

It was also certified Gold in both Sweden and Brazil.

Interestingly too, while Zara Larsson is equally as talented as fellow Swedish singer Tove Lo, she hasn’t yet had the same international success.

Fingers crossed she soon will, as she has been one of my faves for a while now.

Listen to Zara Larsson’s ‘Need Someone‘ as heard on the season finale of The Sex Lives of College Girls in the video, and on her Poster Girl album.

Oh, and by the way, The Sex Lives of College Girls has already been greenlit for a third season, which is expected to premiere sometime in 2023.

You can currently watch its second season (and its first) via HBO Max on Amazon Prime Video.