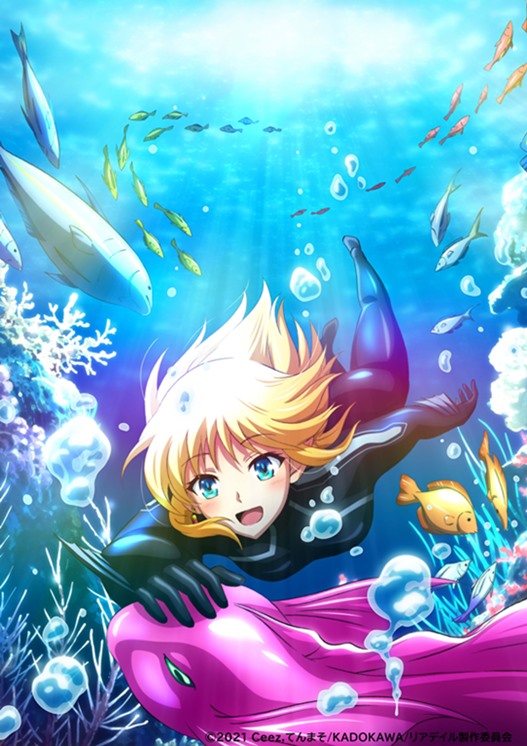 A new In the Land of Leadale key visual was released yesterday showing the anime’s cute main character Cayna (aka Keina Kagami) swimming in the ocean and making friends with the fish.

The brightly colored In the Land of Leadale key visual was unveiled at Anime NYC, with a premiere date for the isekai anime of January, 2022.

The upcoming In the Land of Leadale anime series (aka Leadale no Daichi nite in Japan) is based on the fantasy light novel by Ceez, which is currently being published in English by Yen Press.

There are currently three volumes of the light novel series available in English (seven in Japanese), with the fourth one coming out in the west in December.

The last thing she can remember is her life support beginning to fail. Her body had suffered terribly after a fateful accident and the only freedom left in her life came from the VR world of Leadale. How did she end up in a place that looks exactly like her game except that 200 years have apparently gone by? 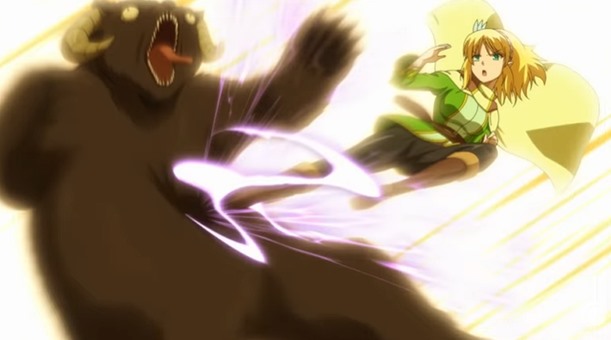 The anime adaptation is being directed by Hiroyuki Yanase (By the Grace of the Gods), with series composition and screenplay by Kazuyuki Fudeyasu (That Time I Got Reincarnated as a Slime — so you know it will be good).

Character design is by Toshihide Masudate (If It’s For My Daughter, I’d Even Defeat a Demon Lord), Eri Kojima (I’m Standing on 1,000,000 Lives) and Kaho Deguchi (By the Grace of the Gods).

Anime production is being carried out by Maho Film.

Check out the lovely Cayna in the beautiful third In the Land of Leadale key visual above, watch the trailer below and mark your calendars for January. The anime will be streaming outside Japan on Crunchyroll.

Until then, you’ll find more information about In the Land of Leadale on the anime’s official website.