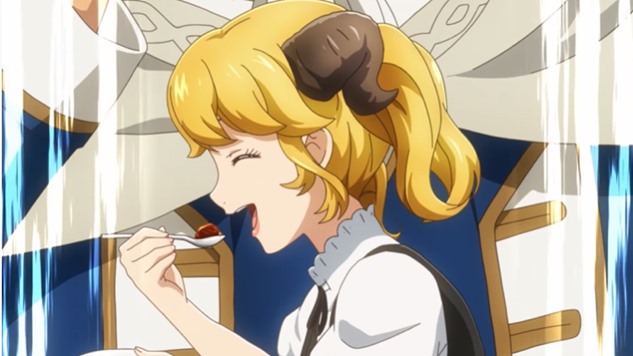 The long-awaited Restaurant to Another World 2 anime has a new preview video out today, along with a new key visual and a date for broadcast in Japan.

The just-released Restaurant to Another World 2 trailer features cameos from restaurant owner Master, and waitresses Aletta and Kuro, as well as appearances from some of their unusual Saturday night customers.

And, oh yep, the delicious food the restaurant serves also gets a highlight.

Restaurant to Another World 2 (aka Isekai Shokudou 2 in Japan) is the sequel to the original anime series that was released in July, 2017, and is based on the fantasy light novels written by Junpei Inuzuka and illustrated by Katsumi Enami.

Masato Jinbo (Heya Camp, ChäoS;Child) is back to direct the second season. 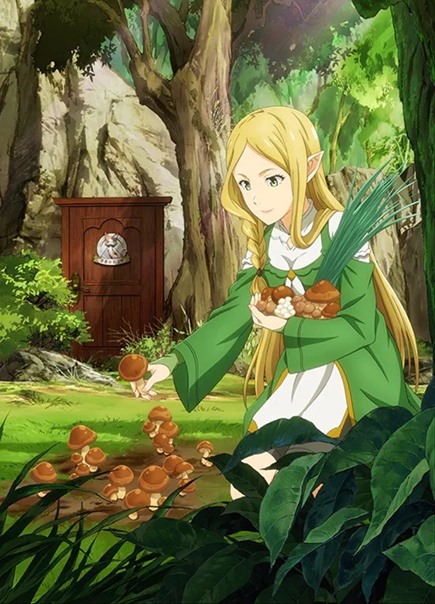 The new key visual features wood elf Fardania outside the door leading to the restaurant picking wild mushrooms and vegetables to be used in one of her vegan meals.

Restaurant to Another World 2 will premiere in Japan on October 1st on TV Tokyo, TV Osaka and AT-X.

Crunchyroll will be streaming the series everywhere else they hold the license.