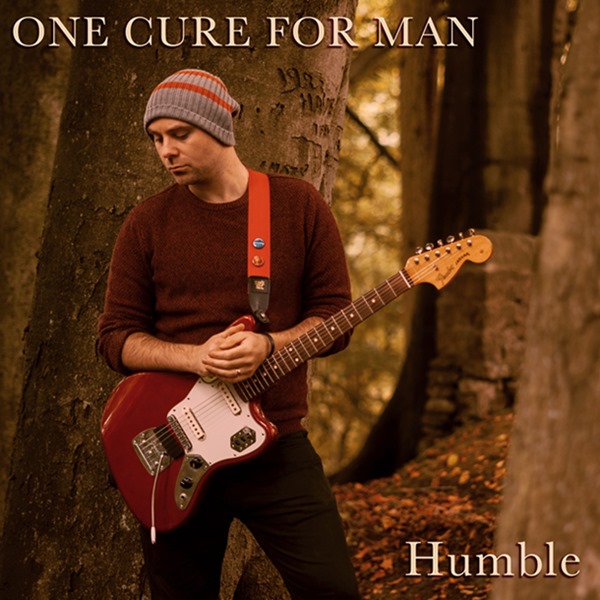 If you have been reading Leo Sigh for any length of time, you will know I discovered a musician from my childhood home town of Barnoldswick, England earlier this year. A musician whose work I loved at the first listen, and who I have followed religiously since.

That musician, indie rock singer songwriter One Cure for Man, aka James Parkinson, is back today with a follow up to his last gorgeous single ‘The Haunted‘.


His latest single — one in a line of many superb songs, I might add — is titled ‘Humble‘.

One Cure for Man’s ‘Humble‘ and what it says about life, loss and forgiveness

‘Humble‘ is another song that was written by James Parkinson from personal experience.

Just like his single ‘The Haunted‘ was written about a close friend who committed suicide and how, even those who seem the happiest are often hiding incredible pain, One Cure for Man’s ‘Humble‘ was written about the loss of his father.

A loss that, no matter how much Parkinson felt the immense pain of losing someone so close to him, he was still expected to and indeed needed to eventually move on from.

While not feeling guilty for doing so.

It is something many people who lose someone close to them struggle with.

How can life still be happy and have meaning when that person you loved so much can no longer share in it? And shouldn’t you feel guilty about every little pleasure you experience without them? (continue reading below…)

One Cure For Man’s ‘The Haunted’ is a beautiful, touching tribute to a loved and missed friend

Being One Cure for Man, however, and with his immense ability to not just skim the emotional surface but instead explore his emotions fully until he reaches a place where he feels more at peace, the musician did not leave the song there.

Humbled, grateful to have survived it, and refusing to harbor any anger towards the people (in Grandad Bob’s case) or the event (in One Cure for Man’s case, his father’s death) that had caused them so much pain.

After all, as the musician likely understands, it is never the thing that happens to you that negatively or positively affects your life. It is how you choose to deal with it, and anger or grief not moved on from is nothing but poison for your own life.

As One Cure for Man himself says about what made him write ‘Humble‘ and the realization he came to before he put pen to paper:

I wrote the lyrics whilst painting my study last year.

I had been playing lots of my record collection and thinking about the way decorating and changing things feels like fresh starts but also presents a sense of melancholy and bringing up the past. My dad unfortunately died very suddenly at age 67 in 2017 and I bought my parents old house which they lived in for 25 years, as I did until I was 19.

Losing a parent young has undoubtedly made me aware of my own mortality to an almost heightened sense. It can feel very strange and confusing at times owning something that once belonged to a parent, particularly when they are gone. It also got me thinking about all those lives that have lived in one house.

I have dedicated the video to my Grandad Bob who was a Japanese prisoner of war between 1941 and 1945. He was a very kind and humble man, which is incredible to think he survived such harrowing and horrific conditions and also forgave the people who brought him so much pain.

The song itself, of course, is another lovely thing from One Cure for Man. Beautiful lyrics, an immediately addictive melody, superb vocals and a guitar solo I played through about five times it really is that gorgeous.

As is often the case with One Cure for Man, a single release means a music video accompanying it. A music video that, in the case of ‘Humble‘, is not only beautiful but has almost as much meaning for me as it does the musician.

For him, one of the locations — the 12th century Ghyll Church — is where his father, his Grandad Bob and his grandmother are buried. As you will see, their headstones are featured in the video.

The other locations are places where he played as a child. Places his own four-year-old son now explores.

As he says about the choice of the locations and the meaning of them to him:

I think it’s a very beautiful thing when you mix the innocent with the humbling experience of walking through a graveyard of all those lives lost.

As for me, I spent the last 10 years or so of my childhood living in a house right at the bottom of Ghyll Lane, so walks with my parents and our dog, or times spent with my friends exploring the cemetery and the gravestones at Ghyll Church, were commonplace.

It is a place I will always have fond memories of as, while still quite close to a town of almost 11,000 people, Ghyll Church is out in the countryside enough that it still has that desolate, wild feeling to it and is a place that is truly magical.

When I was a child, I always thought it would be a beautiful place to spend the rest of your days. Interred in that rich, dark soil and surrounded by softly blowing trees, the rustle of wildlife in the hedges and the sweet sound of the birds.

The official music video for One Cure for Man’s ‘Humble‘ was filmed and edited by the musician himself, with additional filming by his wife Hazel Parkinson.

Yes, every gorgeous song and video One Cure for Man produces is truly a family affair. And isn’t that the loveliest thing?

You can learn more about One Cure For Man on the artist’s website, his Instagram page, and his Facebook page, and you can buy his music on on all the regular digital platforms.

Watch One Cure for Man’s gorgeous music video for ‘Humble‘ below and, of course, listen to the song on the Spotify player below that along with the rest of his music on Spotify.

And please, do watch and listen as many times you can as, in this day and age of the big musicians taking over the world, every single music video watch or song play makes a huge difference to an indie musician as to whether he is able to create a viable career for himself or not.