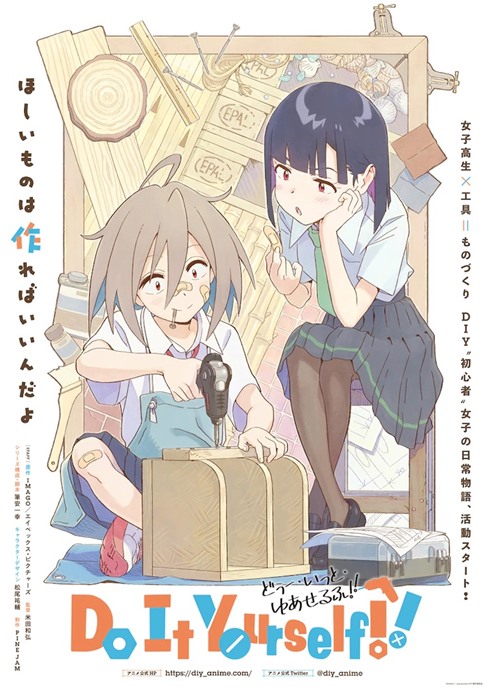 I am always up for any anime series featuring cute girls learning how to do new things.

Like the just announced Do It Yourself!! anime upcoming from Pine Jam, the Japanese animation studio responsible for stellar series like Gamers!, Gleipnir and the soon-to-be-premiered series Kageki Shoujo!

Do It Yourself!! is an original anime series being directed by Kazuhiro Yoneda, the director of Season 2 of Hozuki’s Coolheadedness. with series composition and scripts by Kazuyuki Fudeyasu (Black Clover), and Yusuke Matsuo (who designed the adorable characters for the cute slice of life series Encouragement of Climb) as character designer.

The series follows six high school girls who are learning DIY skills for the first time in their lives.

Today, along with the announcement of the original anime, we also got an extremely cute teaser visual featuring characters Purin and Serufu learning woodworking (see above — and don’t you just love that aesthetic?), and sketches of all six of the girls (see below) — who are from left to right Kurei, Takumi, Serufu, Purin, Jobuko, and Shii. 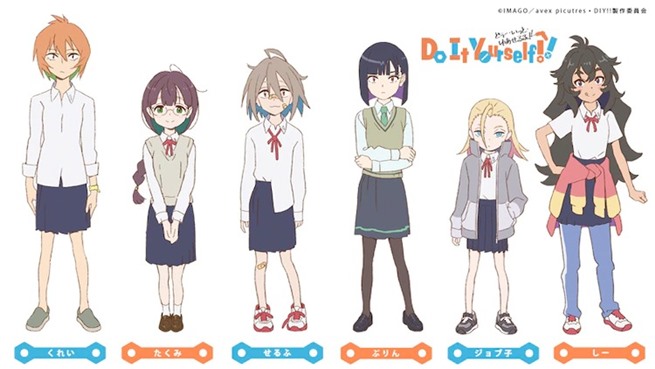 The new anime is in collaboration with Kogi Corporation, a Japanese steel manufacturing and tool company that has been in business for a century and a half.

Expect to see lots of Kogi Corporation products appearing in the anime.

With no word yet on how many episodes the series will feature, or when it will premiere, we will keep you updated here at Leo Sigh as more information is released.