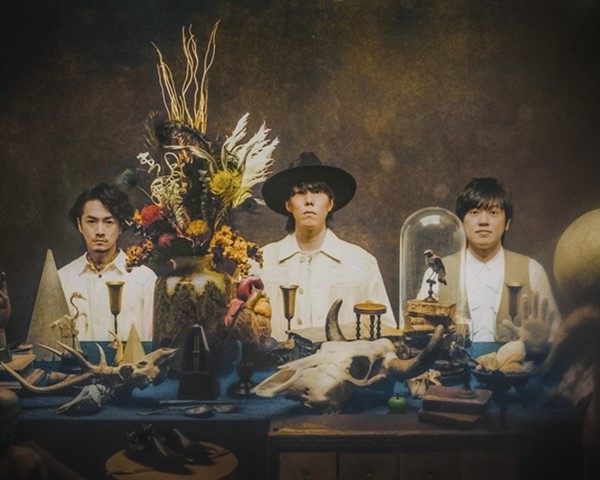 Yesterday, Radwimps released the official music video for ‘MAKAFUKA‘ and, if you know anything about the Japanese rock band, the music video is probably just what you would expect.

Atmospheric, sentimental and really quite lovely but also simultaneously sad.

The video begins with lead singer Yojiro Noda playing the piano and singing alone, as we go back and forth between him and various members of an orchestra, who are getting ready to leave their homes and loved ones to travel to the woods and play with him.

While the song that is being played is beautiful, the orchestra members seem to be quite sad as they leave their families and friends, with some of their relatives crying as they have to say goodbye.

Once in the woos, each musician sits down on a vacant chair and begins to accompany Yojiri until, all of a sudden, white lights begin to appear and everyone looks up and begins to smile.

The video then flashes back to the musicians’ relatives who are still back home, but also looking up into the sky where the white lights can now be seen.

And it made me think, wouldn’t it be a different world than we have now if we knew the exact time when our loved ones were going to die, and we could at least say goodbye to them before they did?

As that’s what Radwimps’ ‘MAKAFUKA‘ music video says to me. Life is precious. Cherish your loved ones, and always let them know they are loved, because you may not be able to tell them on the day they die.

Radwimps’ ‘MAKAFUKA‘ is currently out as a single, and will also be included on the band’s next album FOREVER DAZE, which will be released on November 23rd.

It will, of course, also appear as the Gran Saga theme song when that game releases on November 18th.