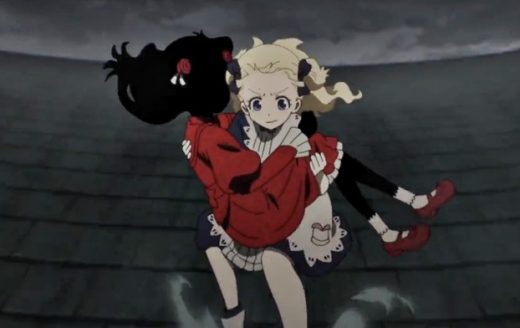 One of my surprise fave anime of 2021 was Shadows House — a creepy, strange, supernatural anime series featuring ‘Living Dolls’ who spend their lives cleaning the daily soot that continually falls from their masters and mistresses’ bodies.

The13-episode anime was wonderful for its unusual story, gorgeous art style and animation, and complex and interesting characters.

So, today’s announcement of the Shadows House Season 2 now on its way was very very welcomed.

Along with the announcement of a July, 2022 premiere, a Shadows House Season 2 graphic was also released. (see below) 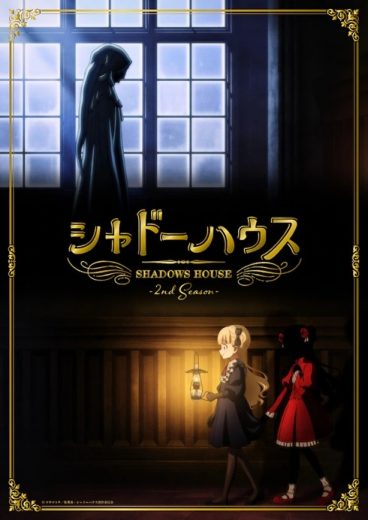 It shows cheerful Emilico, and a subdued and quiet Kate walking through a darkened corridor with a lamp, as a shadowy figure illuminated against a window hovers over them.

The Shadows House anime is based on the manga written and illustrated by mangaka duo duo So-ma-to.

It was announced in December, Yen Press has licensed the manga series for its English volumes.

Mark your calendars for Shadows House Season 2 coming in July, which, with Funimation streaming Season 1, it’s likely will also air on the same platform.

And, from the just released Shadows House Season 2 graphic, it looks like things will continue to be creepy and strange. Yay!!!