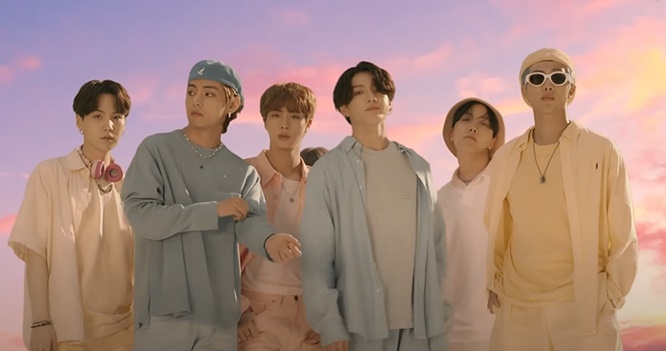 The upcoming new BTS album BE is due to be released on November 20th and, if everything else the South Korean boy band has created in the last few years is anything to go by, it is going to be HUGE!

With that in mind, the Bangtan Boys have just released the track list for the BTS’ BE Deluxe Edition album edition.


Interestingly, it is surprisingly short for a Deluxe Edition and it looks like this:

Of course, the enormous BTS hit ‘Dynamite‘ is the last song on the release.

No surprise there, as the track did debut at #1 on the Billboard Hot 100 chart, and then proceed to chart high in 52 other countries (amazing!), with #1 spots in Colombia, Hungary, Israel, Latvia, Lithuania, Malaysia, Mexico, Peru, Scotland, Singapore and South Korea.

The first single from the album will be ‘Life Goes On‘, which will also be released on November 20th via the Big Hit and Columbia record labels along with the album.

BE will be the ninth studio album BTS has released, and their fifth album in the Korean language. It was entirely self-produced by the seven-member band. (article continues below…)

In an interview with Teen Vogue, the band talked about the process of creating BE saying, “An increase of direct participation in the album-making process allowed us to explore more aspects of our music and creativity”.

Since then, band members have made several statements saying BE will be the “most BTS-esque album to date”, which is sure to please the boys’ fans immensely.

Get yourself ready for the release of BE in just 9 days, and watch the official music video for the BTS mega-hit ‘Dynamite‘ below.

That song currently has over 580 million views on YouTube, so you can only imagine how many copies the BTS album BE will sell.