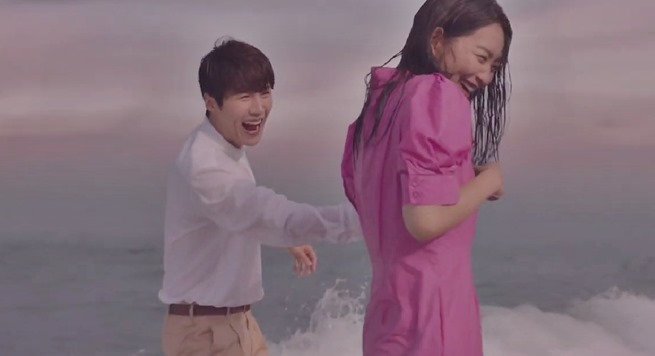 There are so many pretty songs on the Hometown Cha Cha Cha soundtrack, but one of my favorites comes relatively early on in the South Korean comedy drama.

That song is the one playing as Chief Hong and Hye-jin are on the beach clowning around together in the rain, right after eating lunch at the fish restaurant in Hometown Cha Cha Cha, Episode 5.


That song is ‘One Sunny Day’ by Kassy, and is one of two lovely tracks played during the last few minutes of the episode.

Kassy’s ‘One Sunny Day‘, aka 어느 햇살 좋은 날 in Korean, was recorded specifically for the Hometown Cha Cha Cha soundtrack and, with its catchy, upbeat melody, addictive chorus and sweet vocals, is one of the nicest songs on it.

The singer debuted in 2015 and, since then, has released four EPs and almost 25 singles. Her most recent EP, Old Story, came out late last year on the Nextar Entertainment label.

She has also recorded songs for other hit Korean drama soundtracks like My Roommate is a Gumiho, Wok of Love and Chocolate.

You can also hear more of the Korean singer’s music on Spotify, and learn more about other songs from Hometown Cha Cha Cha here on Leo Sigh.