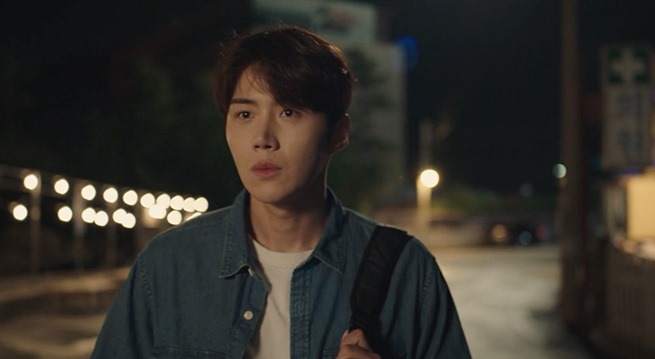 One of my favorite things about the touching ending of Hometown Cha Cha Cha Episode 9 is the song playing as we see Ji Seong-hyun decide to return to Gongjin to tell Hye-jin how he feels, Chief Hong remembering his conversation with Hye-jin’s father, and Hye-jin smiling about the lights finally being fixed.

That lovely song is what makes those touching moments even sweeter, and Chief Hong’s realization he could just be the person who should end up with Hye-jin even nicer.


What is the song playing at the end of Hometown Cha Cha Cha Episode 9 though, and is it from a South Korean singer you have heard of before?

What is the song playing at the end of Hometown Cha Cha Cha Episode 9?

That gorgeous song is Kim Jae Hwan’s ‘Be The Light‘ and, along with most of the other songs/instrumentals, was written specifically for the Hometown Cha Cha Cha soundtrack.

It was also a perfect song for those scenes, with its touching music and sweetly romantic lyrics (find full song lyrics on KPop Lyrics):

As for Kim Jae Hwan, he is a South Korean pop singer songwriter who is a former member of the boy band Wanna One.

He went solo in 2019 when he released his debut EP Another.

Since then, Kim Jae Hwan has released four more EPs, and almost a dozen singles, as well as won the New K-Wave Voice award at the 2020 Soribada Best K-Music Awards.

The South Korean drama is currently streaming via Netflix.

Learn more about and hear other songs from the hit drama here on Leo Sigh.