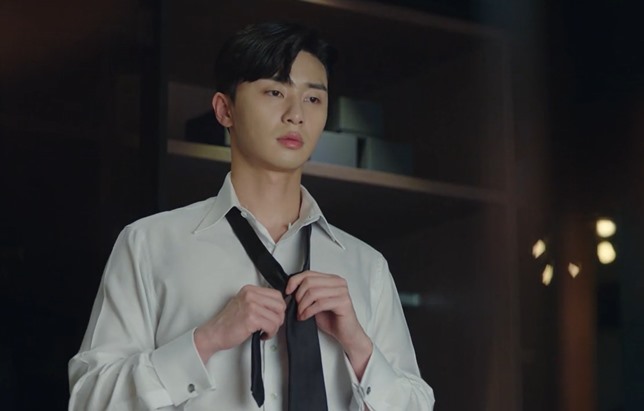 The popular K-drama What’s Wrong with Secretary Kim? is well-known for the chemistry of its two main leads — Kim Mi-so (played by Park Min-young) and Lee Young-joon (played by Park Seo-joon) — for its sweet nd sometimes sad story, its compelling supporting cast and, of course, the series’ music.

Music like the song that plays in the middle of What’s Wrong with Secretary Kim? Episode 2 as we see Kim Mi-so nine years before tying Lee Young-joon’s tie for the first time, and then Lee Young-joon tying his own tie as he thinks about his soon-to-be former secretary.


A song that beautifully provides the beginnings of a romantic atmosphere as, while Lee Young-joon is thinking about Secretary Kim, it still hasn’t occurred to him he might not want her to leave her job as he is seriously in love with her. 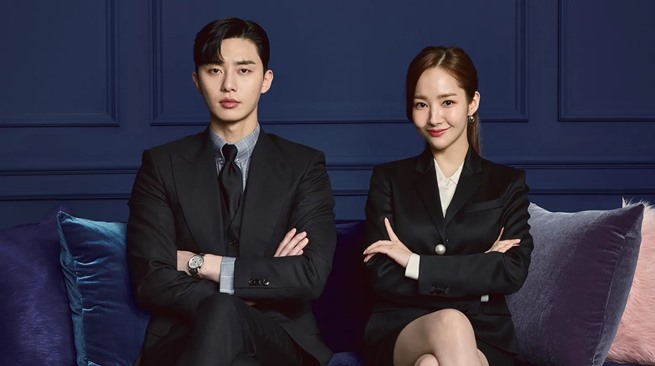 Kim Na-young’s ‘Because I Only See You‘ (aka (그대만 보여서)) is that gorgeously romantic song that plays as we see Kim Mi-so right after she has started working for Lee Young-joon, tying his tie after she has been up all night practicing.

The song is from the What’s Wrong with Secretary Kim? soundtrack, and is one of many songs the Kim Na-young has contributed to popular K-drama soundtracks, including songs for Orange Marmalade, Descendants of the Sun, The Package, While You Were Sleeping, Romance is a Bonus Book, My Roommate is a Gumiho and Forecasting Love and Weather.

The K-pop singer has also released three studio albums, and a huge number of singles.

What’s Wrong with Secretary Kim? is based on the novel by Jung Kyung Yoon and following webcomic by Kim Young Mi.

The drama series is directed by Park Joon-hwa.

Listen to Kim Na-young’s ‘Because I Only See You‘ from the What’s Wrong with Secretary Kim? on the show’s soundtrack, and in the music video.