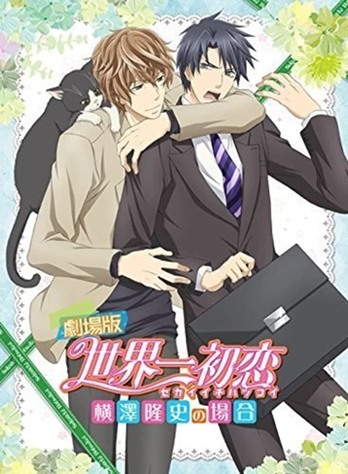 One of the things I love about the Sekaiichi Hatsukoi anime series is every character is someone you end up liking as the anime progresses.

Even the eternal tsundere Takafumi Yokozawa, who you feel incredibly sorry for towards the end of Sekaiichi Hatsukoi Season 2, when he is told in no uncertain terms by Masamune Takano that they will never be lovers.


Having been in love with Takano since his university days, the now 28-year-old Yokozawa is devastated by Masamune’s rejection.

But that’s when Yokozawa’s journey becomes interesting, as we learn in the Sekaiichi Hatsukoi movie — The Case of Takafumi Yokozawa — which carries on some of the events told in the first two seasons of the anime series.

So who does Takafumi Yokozawa end up with after Takano breaks his heart?

Read on to find out, but if you don’t like SPOILERS, watch The Case of Takafumi Yokozawa first.

The story of Takafumi Yokozawa and Zen Kirishima

When Takafumi Yokozawa is told by his ‘first love’ Masamune Takano they can never be together, he goes into a bar to drown his sorrows and wakes up the following morning naked in a hotel room.

When the bathroom door opens, Marukawa Publishing’s Chief Editor of Japun Magazine Zen Kirishima walks out toweling his hair after just having had a shower.

It’s then he tells Yokozawa they spent the night together and, because he likes “messing with proud guys”, Yokozawa must now do what he says.

If not, he will show Yokozawa’s co-workers naughty photos he took of Yokozawa the previous night.

In reality, however, this turns out to be nothing more than a trick to force Yokozawa to go out with him every night, so he can take his mind off his heart-break over Takano.

But he doesn’t tell Yokozawa that. 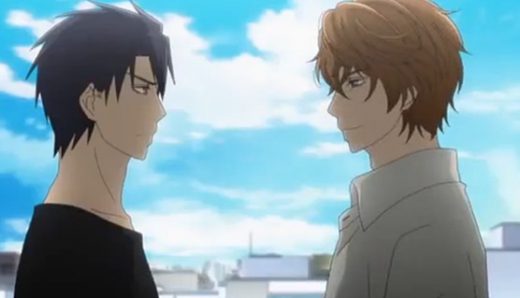 It is also because Kirishima is secretively in love with Yokozawa, and has been for a long time. (We learn in the light novels based on the Yokozawa story that Kirishima has been so besotted with him, all he could do was watch him from afar).

Blackmailing Yokozawa then gives Kirishima a chance to spend time with him.

RELATED: Does Takano end up with Onodera in Sekaiichi Hatsukoi?

Of course, as you might expect, after widower Kirishima has introduced Yokozawa to his 10-year-old daughter Hiyori, and the pair have spent many weeks together, Yokozawa falls in love with Kirishima.

Yes, there are arguments, and two days where Yokozawa doesn’t speak to Kirishima before he confesses that he loves him.

But, by the end of The Case of Takafumi Yokozawa, Yokozawa is in love with Kirishima and the two men become a couple.

There are also six light novels about The Case of Takafumi Yokozawa that start with the same story as the film then, in the last five novels, follow Yokozawa and Kirishima as they progress in their relationship.

So, the answer to the question who does Takafumi Yokozawa end up with after Takano breaks his heart is Zen Kirishima.

And yes, Yokozawa is just as tsundere as ever but, apparently, that is one of the things Kirishima fell in love with about him.

By the way, if you haven’t seen The Case of Takafumi Yokozawa movie (aka Yokozawa Takafumi no Baai), do watch it as it is absolutely lovely.

You can do that via Funimation.

RELATED: How to watch Sekaiichi Hatsukoi in the correct order, including the OVAs and the movie?