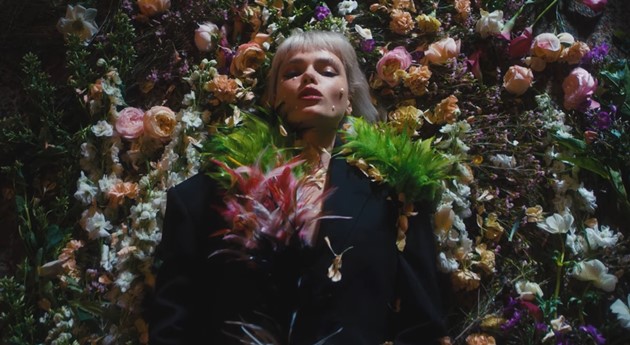 If you are looking for the best female empowerment music video of the year, Swedish singer songwriter Winona Oak‘s ‘With Myself‘ should be right at the top of your list.

Just uploaded to YouTube a few minutes ago, Oak’s ‘With Myself‘ is an absolute powerhouse of a video when it comes to the importance of women taking care of themselves first before they ever think about any guy.

Because it is the gorgeously filmed video, with a blonde, stunningly sexy Oak wearing various luscious outfits as she gambles with female friends, sits on a bed surrounded by shopping bags or hangs out in a bar pouring champagne fountains.

And it’s her quirky, tight-mouthed way of singing, with her slightly husky voice and whispery, breathless way of ending a lyric that makes this track so bloody brilliant. 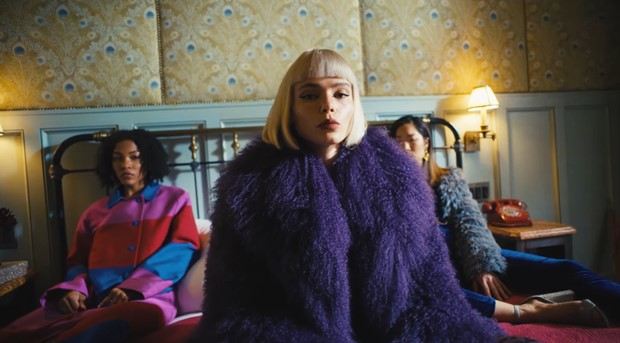 As for Winona Oak’s ‘With Myself’ and its ability to push even the weakest of us into protecting ourselves first, Christ, if I ever wanted a song I could sing at the top of my lungs and dance around my apartment to every time yet another guy is less than stellar, this one is it.

A catchy, feel-good melody, an already-burrowed deep into my brain chorus, and an upbeat yet slightly mysterious sound that would put me in a helluva good mood no matter what devastation I had just been subjected to.

As Oak’s sings in the chorus:

Gotta say, when it comes to always putting yourself first, I could not agree more.

Winona Oak’s ‘With Myself’ music video was perfectly and gorgeously directed by Julian Gillström.

The track is her third single this year coming after her superb collabs with German musician/DJ Robin Schulz (‘Oxygen‘) and Moroccan DJ/producer R3hab (‘Thinking About You’).

Hopefully, it is also a precursor to her debut studio album as, with just an EP and a handful of singles, we need a lot more music from this fabulous Swedish artist.

Watch Winona Oak’s ‘With Myself‘ music video below, and then count how many times you watch it through.

The track is also stream-able on Spotify.