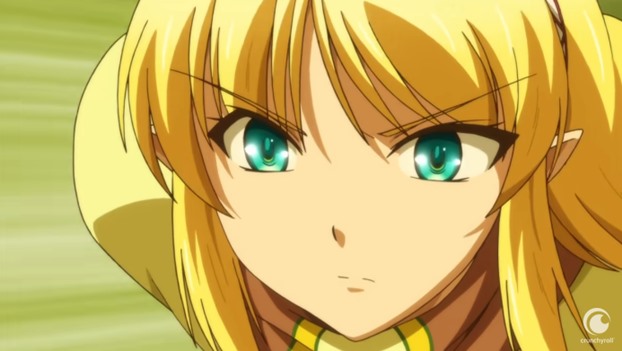 Upcoming In the Land of Leadale has been one of the 2022 anime series to watch out for ever since its first adorable key visuals were released earlier in the year.

Once cute and funny trailers for the anime began to show up as well, In the Land of Leadale began to look like a contender for one of the most interesting isekai anime of 2022.

Now a fourth In the Land of Leadale key visual has been released this weekend that will peak the interest of anime fans even more, as this one is less ‘cute and adorable’ and more ‘Cayna puts her life at risk as she fights an enormous monster, while other more armored-up heroes run away’.

New In the Land of Leadale characters and cast members announced

The latest In the Land of Leadale key visual arrived this weekend along with an announcement of two new cast members.

They are Azusa Tadokoro (By the Grace of the Gods) who will play Caerina, Cayna’s granddaughter, and Tomoya Takagi (Uzaki-chan Wants to Hang Out!) who is voicing Caerick, Caerina’s twin brother and Cayna’s grandson.

What is the In the Land of Leadale anime?

The anime itself is based on the popular light novel series by written by Ceez and illustrated by Tenmaso.

It tells the story of Keina, a young girl who must remain on life support if she is to survive the serious illness she suffers from. Sadly, Keina’s life support system breaks down but, instead of dying, she wakes alive in Leadale, the VRMMORPG she has been playing for years.

Instead of being herself, however, she is now Cayna, a half-elf who lives 200 years in the future and who has a family and children.

Check out the just-released fourth In the Land of Leadale key visual above, and watch the show’s cute trailer below.

In the Land of Leadale premieres in Japan on January 5th, 2022 and on Crunchyroll soon after.