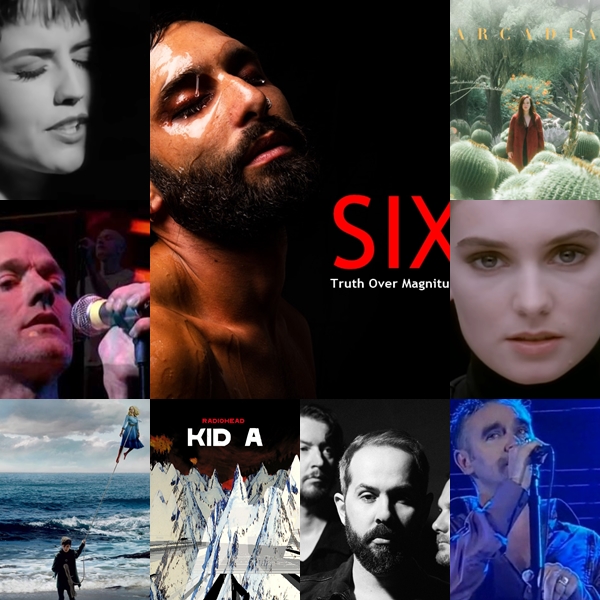 You know those songs that every time you hear them, they make your heart hurt? Songs where the artist’s voice is so devastatingly sad, and where the emotions they are attempting to portray pierce your very soul?

Well, these 9 songs that will hurt your heart are the most devastating.

Songs that, even though I have listened to them 10,000 times already, I still feel the same emotion I felt when I heard those very first notes for the very first time.

WURST’s ‘Six’ (It will never EVER not be my favorite song of all-time!)

Called Truth Over Magnitude, it is the album where almost every song is superb, but also where my favorite song that will hurt your heart lies.

That track is ‘Six’ and, seven months after I first heard it, that song is still the one that hurts me the most.

Because it is the slow, determined beat, the echoing backing vocals and that gorgeous melody but, most importantly, WURST’s stunning voice that allows you to feel every heart-destroying devastation that man has ever endured.

And, if you love WURST’s ‘Six’ as much as I do, he also filmed a live version of the song he performed at Austria’s FM4 radio earlier in the year that is gorgeous.

Florence + the Machine’s ‘Wish That You Were Here‘

When I first moved to Vienna, Florence + the Machine’s ‘Wish That You Were Here‘ was on my headphones continually as I speedwalked around the city. Because I was so much in love with someone who, I knew, could never see me in the same way as I saw him.

Four years later, when I hear the song, it breaks my heart even more.

Because, not only do he and I no longer speak, but I am also now trapped in a country I never wanted to be in and far away from that city I still love.

Incredibly beautiful in its devastating sadness, Lily Kershaw’s ‘Soft Dark Nothing‘ is the song you play as you walk away from that person you love, even though it rips your heart out from your chest to do it.

From the second her voice breaks as she begins to sing, to the closing lyrics as she sings:

anyone who has walked away from someone they thought they would be with for the rest of their lives can still feel that pain. The pain that is inevitable, even when you know it is the only thing left to do.

Sinead O’Connor’s ‘ Nothing Compares 2 U‘

Irish singer Sinead O’Connor was huge in the 1990s with songs that were almost all melancholic in nature.

Her song ‘Nothing Compares 2 U’ was one of her biggest hits. A song that is raw with emotion. An emotion compounded by the heart-destroyed look on her face as she sings.

I saw Sinead O’Connor live in 1990 and, let me tell you, if you think this song hurts your heart now, you haven’t felt anything until you have heard her sing it in a darkened, crowded auditorium on a simple stage with one sole spotlight illuminating her.

It’s the dream-like melody and singer Greg Gonzalez’s vulnerable sounding voice, and the lyrics of ‘Cry’ that hurt your heart as you realize he is no different than many others — wanting to be faithful but utterly unable.

The sadness of ‘Cry‘ is magnified by knowing his weakness destroys him as much as it destroys you.

Like every other song that hurts my heart, it’s the melody and singer on ‘Everybody Hurts’ that wrecks it.

That is R.E.M.’s Michael Stipe, a singer whose iconic voice has a keening quality to it. A quality that never lets you forget about romantic loss and the brutality and emotional destruction of its reality.

The deceptively upbeat sounding song that crushes you when you realize, as much as you love that person, you are nothing to them but wrapped around their finger and being used.

The sadness and hopelessness of ‘Linger‘ is magnified by Cranberries‘ lead singer Dolores O’Riordan’s voice projecting her own vulnerability and fragility to the world.

Vulnerability that ended up with her death in the bath of a London hotel.

Radiohead’s ‘How To Disappear Completely‘

Again, just like WURST’s ‘Six‘, it is lead singer Thom Yorke’s melancholic, emotionally-wrecked voice in Radiohead‘s ‘How To Disappear Completely‘ that will just break your heart.

Pair that with the sweetly sad strings that slowly drift off into discordance as the song ends, and this one is a shatterer.

The song is titled after a book called How To Disappear Completely and Never Be Found by Doug Richmond because, let’s face it, most of us have been hurt so badly at one time or another that disappearing off the face of the earth would be a welcome fate.

The Smiths’ ‘Last Night I Dreamt That Somebody Loved Me‘

And then there is The Smiths‘ ‘Last Night I Dreamt That Somebody Loved Me’ to end this list of 9 songs that will hurt your heart.

Because, even though you have been emotionally destroyed by hurt and loss, you haven’t yet felt the soul-destroying destruction this track embodies.

Last night I dreamt
That somebody loved me
No hope, no harm
Just another false alarm

if you want to feel as crushed as it is possible to feel, and with nary a hope left things will ever get better, this is the song that will do it.