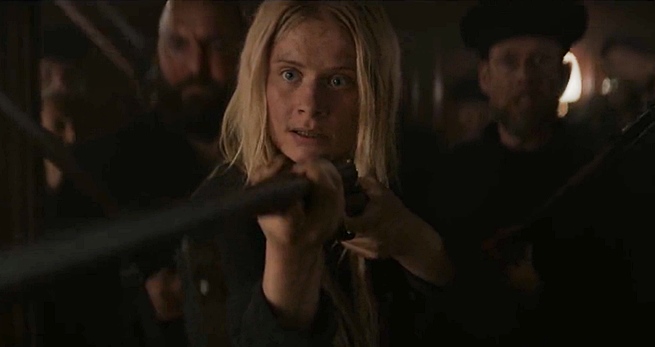 English rock band Echo and the Bunnymen’s ‘The Killing Moon‘ was the third ending song played on the new German horror series 1899 this week — 1899, Season 1, Episode 3, “The Fog“.

It is one of eight classic songs that have been a delight to hear, and have added a wonderfully strange mood to each episode’s ending scenes.


I have already said quite a lot about Echo and the Bunnymen‘s ‘The Killing Moon‘, which, after I saw the band play it live decades ago, was one of my favorite gothic rock tracks for a long time after.

But here are the basic facts about the song again:

Listen to Echo and the Bunnymen’s ‘The Killing Moon‘ as heard on Episode 3 of 1899 on the expanded and remastered version of the band’s album Ocean Rain, and in the song’s official music video.

Oh and, yes, founded in 1978, the band is still together. Their last full-length studio release was their The Stars, the Oceans & the Moon album, which came out in late 2018.

The German multi-language series 1899, which is from the same creators as Dark, is streaming on Netflix.

RELATED: Deep Purple’s ‘Child in Time‘ was that track playing on the second episode of 1899