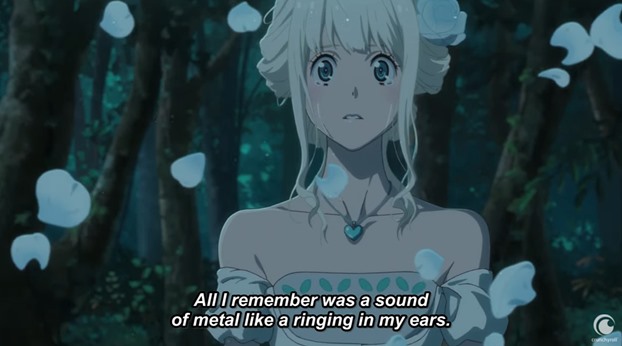 The English-subtitled Fena: Pirate Princess clip is over 4-minutes long, so gives us a good idea of how the upcoming anime series will look and feel and, let’s just say, I am even happier than I was when I saw the first trailer for the anime a few weeks ago.


The latest clip shows Fena and two of her bodyguards trying to evade capture, but then walking into a trap. The men who capture her plan to kill her and throw her into the ocean.

After they have had their fun with her first, of course.

When all seems to be lost, however, Fena is rescued in one of the most satisfying anime fight scenes I have seen in a while.

Fena: Pirate Princess is due to be released in Japan in October, but will first air exclusively on Crunchyroll and Adult Swim’s Toonami outside Japan on August 14th.

The anime will feature English subs and Japanese audio on Crunchyroll, with the English dub version of the show premiering on Adult Swim.

Now, I have to say, I have not been a fan of any of the ‘Crunchyroll Originals’ series yet, as all of them have fallen far short of what they should have been.

But, with the release of this Fena: Pirate Princess extended clip, I hold out hope that soon may change.

Fena: Pirate Princess is a 12 episode original anime series that tells the tale of a young orphan girl, Fena Houtman. Fena has been raised on an Island where there is no hope of becoming anything more than chattel, to be used and discarded by soldiers of the British Empire. But Fena is more than just another powerless orphan. When her mysterious past comes knocking, Fena will break the chains of her oppressors. Her goal: forge a new identity, free of bondage, and search for a place where she can truly belong and find out the true mysteries behind a keyword “Eden.” It is the story of a lifetime adventure she and her crew of misfits and unlikely allies will have, in pursuit of her goals!