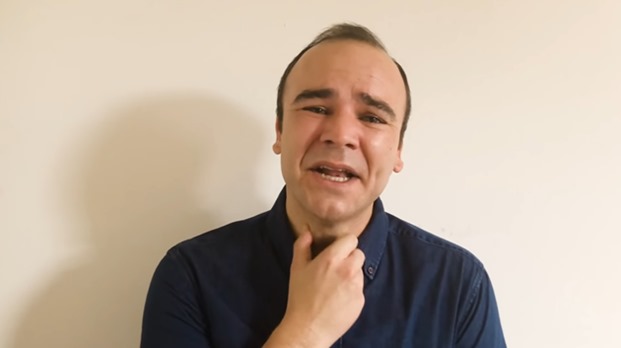 Future Islands’ lead singer Samuel T. Herring is one of the most authentic and most talented artists in the American pop field today.

He is a singer who performs each song with every emotion he is feeling plainly visible on his face.

Facial expressions that are sometimes difficult to look at as you know he is dredging up past hurts as a way to express how the music makes him feel.

Past hurts like those when Future Islands first appeared on the David Letterman show and Herring was made fun of for the way he danced and beat his chest while he sang.

A performance that, as far as I’m concerned, is one of the best Letterman ever showcased.

And that’s why I’m thrilled that this week Sam Herring and Future Islands are back with a new song and another new and very effective and highly emotional performance.

This one is Future Islands’ ‘Thrill’ music video and simply features Sam shot from the chest up, singing the song while looking directly into the camera and standing against a blank off-white background. 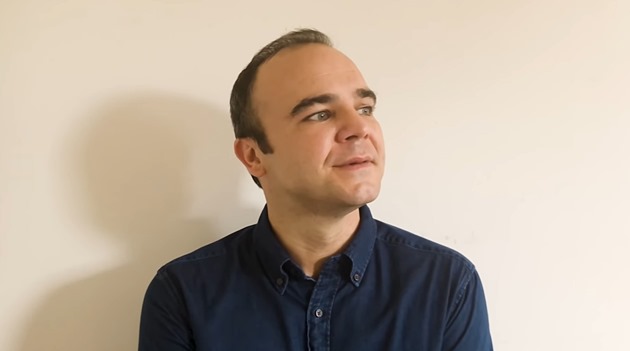 And again it is the way Herring sings, pulling emotions from deep down in his soul that pulls you in and makes you cry. Emotions that play across his face and in his eyes and are so honest and authentic they cannot be faked.

Emotions that, of course, make some people uncomfortable and so…they strike out…at him, because watching him forces them to confront their own past hurts and how they themselves felt at the time.

As for ‘Thrill‘, Sam Herring had this to say about the song on the band’s Instagram account:

“Thrill” is a song about battling addiction in Greenville, North Carolina, where Future Islands began. It’s about the isolation and fear we feel in our homes — in our society. It’s about sadness rising, and spilling over, our anger —spilling over, like the great Tar River.

“Thrill” is about the things we don’t talk about, beauty destroyed and left to crawl home. Beauty, like the river, that just keeps chugging along. It’s about the power of water and ‘what is it?’ when it’s above our heads, rising within and without. It’s about begging for help and realizing that sometimes you just have to go at it, alone.

Watch the emotionally effective and beautifully performed Future Islands’ ‘Thrill’ music video below and listen to the track on Spotify below that.

The song itself is beautiful.

‘Thrill‘ is from Future Islands upcoming new album As Long As You Are, which will be releasing via the 4AD record label on October 9th.

You can pre-order the album and also buy tickets to watch an exclusive live stream performance on the day of release here.